While just casually looking through Twitter I realized something, which is the marking for any great blog post. Our election showed that conservatives, or at least Republicans, still have a chance at winning major elections. We might be a minority due to liberal cities, but in the grand scheme of culture and geography we’re still the foundation of America. It’s obvious though that conservatives and liberals think differently, and this affects their actions. Liberals have always controlled mainstream media, and have attempted to completely monopolize voters by race, age, gender and hobbies. Artists, African Americans, Muslims, Jews and women are all expected to vote Democrat simply because they’re the party opposed to “white straight Christian men.” We saw this with the “Women’s March” and “Black Lives Matter.” These groups which claim to represent women and black Americans completely shut out anyone who doesn’t reflect their political beliefs. In all honestly they’ve reversed sexism and racism. Women’s March organizers made it clear in speeches and action that they believed people of color are our “moral superiors” and that only “real women” are pro-choice (which is funny coming from the same people who think “men who identify as women” are “real women”). Donald Trump won the majority of white women, which is why liberals are so desperate to monopolize the women vote as they did with the black vote. 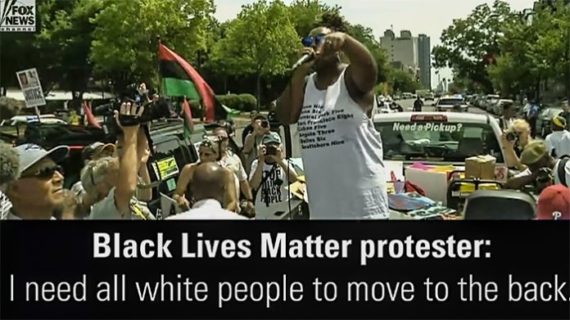 Although there’s concerned to be had when entire groups of people loyally vote along party lines, there’s something new worth mentioning. Fox News, which is one of the few news agencies that lean conservative, is by far the most popular cable news agency around. They’re one of the few regularly available conservative voices when going against networks like CNN, NBC and ABC. However, although Fox News is popular, and this election proved Republicans can still hold a majority, Fox News has less social media followers than CNN. Odd thing is ABC, NBC and MSNBC are all drastically lower than these two. I feel this is representative of two things. The cultural divide, and the new wave of internet media.

Now you might think internet media would allow conservatives to grow, since liberals always dominated television. Sadly this is not the case. While it may be true that conservatives can get their content online, many platforms are still run and controlled by the same media elites. This means new media giants are forming that are rewarded for being even more liberally bias than the last. Many times this has worried me, that the next generations of America will be completely brainwashed by a digital culture that suppresses traditional America. Here’s the thing, I don’t think all of America is adopting this new internet culture. As I said before, Fox News is the most popular cable news network, meaning conservatives are still watching cable TV. Liberals have gained control of the internet media, but conservatives have control of America’s actual culture.

I’ve seen this even in video games. Where PC gamers seem to be slowly getting more liberal than console gamers. An interesting observation from this is that most console games only connect you with gamers from your country (for both language, economic and technical reasons). And here lies a major topic we’ve been ignoring. Social media is not just Americans, and many of the people who are super liberal and get all upset online don’t even live here. A British YouTuber I follow once joked that he knows what it’s like to support a brick wall because he was a “supporter of Hillary Clinton.” Now that’s innocent enough, but why is someone from England, who had no intentions of leaving England, endorsing candidates from other countries? This is the thing, many of these people you see online following liberal news and going on angry rants about Trump’s election might not even live in the United States. If you’ve been raised online, and spend more time online than you do outside (like I have been for the past 2 years), you’re inside a global culture. All of a sudden every culture is forced to communicate with each other, and generally other countries are more liberal than the United States. The United States of America is different for a reason, and our way of life has succeeded for many years. All the internet has accomplish is aloud people in other countries to complain about how the United States does not mimic their policies. Arguing in defense of our way of life is a completely different topic, but this is why traditional Americans, especially conservatives, will always be outnumbered online.

As Ronald Reagan said, “If we lose freedom here, there is no place to escape to. This is the last stand on earth.” Liberals who claim we’re a nation of immigrants often forget why so many people came here in the first place. If our flag deserves burning as their protestors so often represent, then why did their parents come here? While liberals claim they’d move to Canada if they don’t get their way, for Americans who want the American Dream there is no place to go. If we become like the rest of the world there will be no other place like America to escape to. This is why kids should be well equipped and have an understanding of apologetics before set free on the internet. You don’t just face every problem in the world, but you become a minority and need to know how to defend your beliefs. Online, the only majority is the one that disagrees with you. There’s no cultural norms, there’s no universal values and no matter who you are you can easily be outnumbered.

Here’s the good news, America has a chance. Although it seems like the younger online generation is increasingly liberal, once you look outside of the online culture you’ll still see that Americans haven’t drastically changed. Yes we face an increasingly liberal generation, but it’s not like this country hasn’t been socially divided and chaotic in the past (especially during the 1960s). Eventually the college students, internet trolls and news media will have to move on just like the old communist sympathizers had to. Reality will eventually catch up to the 8 years of fantasy our country was forced through. The internet won’t represent the majority of America, it only represents the majority of the world. When students enter the real world outside of the internet they’ll learn that capitalism does work, and society would not function without values. I saw this many years ago, and no amount of time online will make me forget how much more functional traditional America is.

Lastly I’d like to leave you with this thought. I believe a dysfunctional culture can also lead to vast mental disorders. Such as suicidal tendencies in cultures that believe a life can be worthless. To judge a soul based on beauty, intelligence or wealth. Sadly, the internet is the epitome of a dysfunctional culture. There are many people who come to the internet seeking help, and I pray one day they’ll find it. But there is also people who are raised on the internet, and start judging themselves on a materialistic level. Within my first year online I witnessed so much depression and self-hate I was amazed. Much of it was people expressing thoughts they’d never admit in public, other’s had gained their outlook on life because of the internet. The more you see the hate, greed, pride and lust of the internet the more you realize a society raised off this global culture cannot function. And, eventually, I believe millennials will realize this.