Several days ago America suffered what is being deemed the biggest mass shooting in our history. I wanted to stay silent as I normally do during the first day of any tragedy out of respect for those affected. Sadly during that time I saw many political activists taking advantage of the shooting. While my thoughts and prayers go out to those affected by this horrendous atrocity, I fear that the topic is still too sensitive to talk about in full. Instead I am simply addressing calls for further gun-control and some general knowledge that can hopefully apply no matter the time you’re reading this.

What I think is most important to consider in times like these is how culture plays a large role in the safety of a population. No matter the kind of murder or the number or when or where or how, if we simply exploit death we are neither being rational or promoting a society that will respect life. Understanding that we are all God’s children made for a purpose and praying for our God to help us has historically gotten this country through the darkest of times. Some have argued we should not pray, but instead take action. These people usually aren’t religious or understand the importance of prayer in the first place. You’re essentially saying politics is more important than human life, which only drains a nation of any hope in a time of grieving. We must stand together and pray in times like these, then make reasonable decisions if the event was even avoidable.

As with any tragedy, the far-left starts calling for further gun-control. Oddly enough many of these activists will call out the NRA, but the NRA is usually defensive and simply explains how our current laws are the best we can do without creating bigger problems. Guns Owners of America on the other hand is more explicit in removing many firearm regulations, and while I still agree with the GOA, I don’t understand why activists would go after the NRA. When a criminal already broke the law shouldn’t you be more upset at the organization trying to remove laws, not the one that simply agrees with our current background-check system?

I have yet to find proof that any gun control actually deters crimes unless the society starts fearing guns themselves. In Brazil all guns must be registered, and many are banned (confiscations are also common). Brazil has a much higher gun-related crime rate than the United States of America. On the other hand countries like Australia and Ireland that have also implement gun control have far less gun-related crime (not to say it doesn’t still exist). This I believe is a social problem and proves why legislation doesn’t exactly stop violent people from doing violent things. I do NOT believe countries like Japan, with hardly any violence, got that way because of their strict gun laws. They’re safe because their society is not one that would produce murderers in the first place. A recent mass killing in Japan committed by a man with a knife was a shock around the world because of how safe the country typically is.

When you have a good society and many laws, you have compliance, but a lack of hope (which may contribute to depression). When you have a good society and few laws, you have freedom. When you have a decaying society and many laws, you’re on the brink of chaos. This is something right-wing Christians have been talking about for centuries. Moral decay will lead to the destruction of our free republic, because without morals there will be a higher government presence and bad people will still find ways to do bad things. Sadly, bad people are nothing compared to an overpowered government- aka, a government capable of starving whoever they want or placing themselves above God. That’s why right-wingers believe it was better to be “dead than red (communist)” or “live free or die.” Our purpose, our God, is far more important to us than life itself. If someone has the authority to tell anyone “repent or die”, when freedom is no longer an option, death is the lesser evil. This is the very basics to a free country and America’s gun culture. If we lose our morals people will try to take our liberties, and if we let them take our liberties our religious freedoms will be under the authority of a god-playing tyrant. Everything is intertwined. 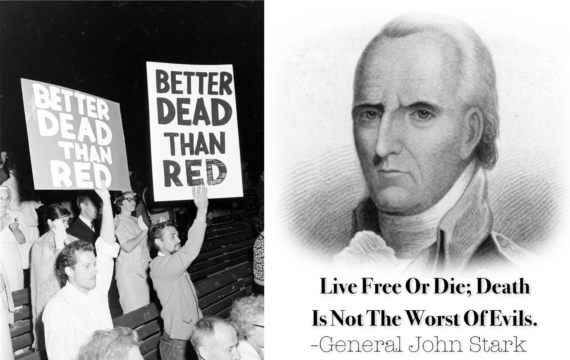 After shootings many gun-control activists try to appeal to moderates by saying they simply want “sensible gun control.” There is no such thing… well, unless they are referring to what we already have. Background checks stop felons from obtaining firearms legally, private businesses and local governments have also made high risk places “gun free zones.” However criminals still find a way around any moderate gun control. Obviously, murderers will not obey gun free zones or buy firearms legally. That’s what makes liberals label more libertarian gun owners “right-wing extremists”, because we oppose “sensible gun control” for the basic fact that it does not work.

When gun control legislation becomes more extreme it does not fix the problem, and often disarms good people (denying them their right to self defense). The Clinton Era Assault Weapons Ban did not stop the Columbine Shooting, and recent mass shootings conducted by terrorists in France were not stopped by their laws either. Even if you are on an island nation that has outlawed firearms altogether, mass killings have been committed with bombs and knives and even cars. If someone is so dead-set on murder that they systematically plan out the deaths of dozens of people at once, you cannot prevent it with more laws. Banning all semi-autos is like trying to reverse a century of firearm sales in the United States, which (if not impossible) still lacks any evidence of stopping mass killings at the expense of a Constitutional safeguard. If you take away our rights for security you will lose both your rights and your security.

Hotels and bars could place TSA style check points at entryways to stop mass shootings, but are we willing to give up so much of our freedom to make something like that a reality? Even then, won’t criminals just chose different locations? After giving up your freedom and comfort, killers still can target long lines that lead into street and parks. Will we no longer host parades and marathons without fear of a bombing or car-based-assault? I think we are letting evil win by giving into their terror. Our country has actually seen more violence in the past, but that violence was committed by gangs and not on a centralized public scale. So don’t fear that the world is any less safe, but understand that there is a new found problem in culture that is leading select individuals to doing acts we could not fathom prior to Columbine. 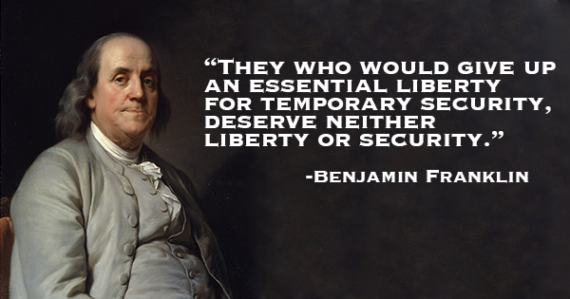 No matter the explanation for why more people are trying to commit mass killings with their knives, cars and guns, gun control is not the answer, ethics are. Islamic terrorism is an obvious contributing factor, but they aren’t alone. School shootings, the massacre in Japan and the Charleston church shooting were not because of Islamic terrorism. Some mass killings are from other forms of terrorism, and sometimes it’s just a new way our corrupt world is dealing with insanity. Whatever the motive for the Las Vegas massacre we have to remember to be sensitive and respect life if we are ever going to minimize these types of atrocities. How do we introduce morals that promote sympathy and life? Well, I’ll leave that for another day. But first you have to start at some universal truths, and who among us is perfect enough to define anything as universally right? This is what I believe points us to a Creator and a purpose.

P.S. Do not buy into any information provided by mainstream news at this time. The amount of false information they are spreading currently is disgusting and so obvious to anyone in the firearms industry. They take bits and peaces from completely irrelevant things, then blatantly lie by redefining terms so they cannot be sued. I’ve seen “news” reports go off on tangents about how America has “military style weapons” out on the streets. Democrats are now taking action to ban so called “military style weapons.” These terms make absolutely no sense. Does this include firearms used in the service like the Colt 1911 and the M1 Carbine? What about Sharps rifles used in the Civil War? Can I still get a S&W Shield and a Hi-Point Carbine because they were not designed for the military? They have no idea what they are talking about, because their knowledge on firearms and the military has been made up by individuals who rarely leave a college campus. Some will argue against this by saying AR 15s are not a weapon of war due to the fact no military has ever adopted them. While this is true, I don’t agree that having “military weapons” is inevitably a bad thing either. The very basis to the 2nd Amendment was that the people would have military style weapons to defend themselves from every threat, including militaries. Liberals will say, “back then all they had were muskets” but back then muskets were the military style weapons. That is why George Mason said the “whole people” is the militia. To say that military style weapons should be banned is to say the founding fathers were mentally incapable of knowing weapon technology could improve.