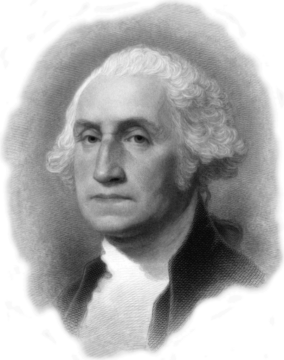 Within the next 16 days we’ll probably know who the next president of the United States of America will be. To our horror the “totally accurate two-way polls of 700 people” show us that more Americans choose a virtueless traitor over a fraudulent loudmouth. Actually I saw a poll the other day showing that 50% of voters choose one of the most corrupt people in politics over said loudmouth. Well at least that’s what the media wants us to think. Now I’m yet to get on the blindly-loyal Trump Train, and I’m not going to say that I’m sure the election is rigged through secrecy because what is happening to America is plain as day. I couldn’t say for sure if mass voter fraud is determining our elections or not, what I can say is deceitful political parties and major media is playing a huge role in deciding our elections before they take place. Whatever politically bias station you choose to tune in to, there’s one universal similarity, they’re for what’s big and not what’s true. Once upon a time this country wasn’t split by political parties, and our great president warned us that although political parties could answer popular ends, in time they will “become potent engines, by which cunning, ambitious, and unprincipled men will be enabled to subvert the power of the people and to usurp for themselves the reins of government.” That president was George Washington, and his prediction is coming true. Our two party system has split us in two. No longer are we Thomas Jefferson vs Abraham Lincoln, we’re Joseph Stalin vs Adolf Hitler. How did picking the greater good become picking the lesser evil?

Well like anything, good intentions can be corrupted when power is involved. A system once thought to give honorable people a position of representation has now become a corrupt system in which the elite are elected to lead the nation in a direction against the will of the people. This is not only against the law, but against the foundation of American principle. We the people of the United States are not what the media tells us we are, the majority of us are not rioting, we are not racist or socialist. On the news we see ignorant people following along with the will of their party, but the fact is those on the television don’t even slightly represent the majority of Americans. Over half our country finds our politicians unfavorable and the only reason a virtueless traitor is at 50% is because polls do not include the fact that the percentage of Americans deciding not to vote surpasses the percentage of Americans registered Democrat or Republican. The majority of Americans still believe in liberty, they simply are kept down by a two party system that controls the media and tells them to not even dream about a constitutionalist independently becoming president. They’ll do anything to not give publicity to constitutionalists running for president and if they do mention them it’s only if they make a slight mistake. The Republican and Democratic Parties still do everything they can to deny 3rd parties and independents access to the ballots, and in some states deny the citizens the ability to write-in any name that is not an “official write-in candidate”. So yes the election is rigged, it’s rigged against anyone who wishes to actually let the people search for the best candidate instead of choosing between the worst. This year the majority seemingly fell for it again, where people are too afraid to go deeper than the Libertarian Party when searching for their constitutional candidates. So sadly I guess it’s too late for the that independent dream this year too… or just maybe a revolution is going to come soon only as something completely artificial.

With Donald Trump’s failing to fully embrace liberty or virtue he now only can be the “lesser evil” candidate in comparison to Hillary Clinton. What leaves this presidential race so complicated is that the Republican establishment hasn’t given up. I spoke about Evan McMullin a few months ago and said I don’t trust him, well I still don’t. Anyone who’s worked for the government and then randomly runs for president with a very odd amount of media coverage definitely goes under the “suspicious” category. While McMullin is decent in character and seems to be alright on social conservative matters, he does still worry me when it comes to the power of establishment politicians and federal agencies simply because he’s being funded by one and has worked with the other. McMullin in a way could be a false savior that the establishment has specifically placed to give people a sense of security while actually voting for more of the same. Although at this point McMullin does simply seem like another Bush, I’d honestly take either Bush over Clinton and Trump at the moment. All I’d like to mention is if Evan McMullin does rise to power (or at least in media interest), it might be a false revolution planned by the political parties that still are failing us. Whatever is going on I cannot say for sure, but we do have options and our values are much more relevant to the majority than the media tries to make it seem. The dream of that shining city up on a hill isn’t dead yet, and that’s what matters the most. However time is our greatest enemy when we do not act in the present. As we continue to work in the present no matter the president, it is wise to determine who is our best chance at keeping society from tearing itself apart as we try to build it up ourselves. 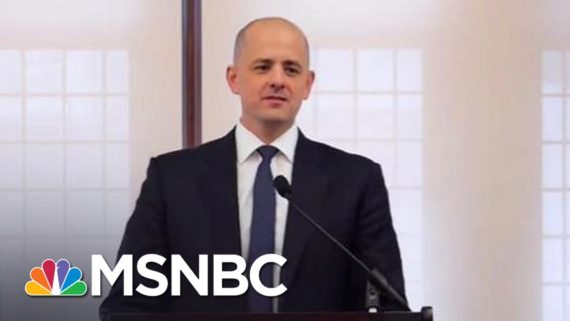 Most of my subscribers know that Hillary Clinton is not just horrible economically and socially, but morally. Hillary does anything she can to change the culture instead of freeing it. When she sees a political advantage she takes it and pretends like her previous opinion never mattered. That lady has been viewed as an anti-Christ to southern conservatives and the epitome of corruption to the rest of the world for a reason. With her as president she will do everything in her power to play innocent till everyone of her opponents looks like the bad guy. The major problem with this is that this is her method to every problem. By the end of a Hillary Presidency the country will be stripped of morals or violently destroying each other over the culture war fed on by the Clinton Administration. Anyone against the “progressive” agenda will be labeled as an oppressive bigot and riots will continue to increase unless the people independently spur on a great awakening. Donald Trump however could have the same divisive affects if he never learns to affectively use logic in his methods of persuasion. What is good about him is that he does show hints of a standard, whether that will stick or not no one knows for sure and not many people want to find out. Sadly we don’t have much of a choice between these two, the blind shot is much safer than the pathway to cultural suicide. Then there’s Evan McMullin. Seemingly out of no where our friendly establishment CIA operative swoops in to the rescue. Like I said I don’t trust him, but it’s hard to trust anyone less than Trump and Clinton. He at least shows the tolerance and moral standard (whether real or fake) to help the country heal after the Obama Administration turned cities into war-zones. What is a worry is if McMullin makes this a three way race and no one wins 270 electoral votes then according to the Constitution the House of Representatives decides the next president… and considering McMullin’s odd entry into politics this tactic definitely doesn’t seem like a revolutionary one and instead some sort of corrupt deal made among establishment candidates in Congress. On the outside level I do feel uneasy about letting Congress decide the president. The reason I’m looking at this as the number one issue is because culture is more important than anything else. You can dictate over people for 8 years, but if the culture stays the same they’ll eventually overthrow their oppressors.

Personally if you cannot bear to vote for a traitor or a fraud, then at the moment the odds are not in our favor this year. If Evan McMullin doesn’t gain more in polls it’s simply hope in a miracle deciding your independent vote since none of the 3rd party and independent options statistically have a chance at winning. Right now I think Darrell Castle may align the most with the traditional virtues that helped form our constitution, and has probably been scammed out of all media attention for that reason. Recently however I’ve found that Hillary Clinton is way too big a threat socially to be ignored. God wants us to work to influence our culture more than he wants us to rely on presidential candidates. The people and their culture preserves liberty, not their government. So with that being said I think what would make our duty to preserve liberty easier is to do everything we can to get anyone but Hillary Clinton (the women who wants to fundamentally pervert our culture) in office. Whether you’re voting for Castle, Johnson, McMullin or Trump, I think we honestly need to get the word out there on exactly what the Clintons are. This is not to slander or to attack those who support her, it’s to do what Donald Trump has been unable to do with all his media coverage. Expose Hillary and everything she has supported and everything she’s gone against simply for political gain. After the chaos of this election I already feel more prepared than ever for the next with the knowledge I’ve obtained. Although I want Darrell Castle to win and even though I will continue to pray for and advertise his campaign, Hillary Clinton is too big of a threat to our society’s freedom-loving culture. Next election will be much more of a personal experience on my end and I will work more diligently in campaigning for whoever the true constitutionalist that year may be. Hopefully in four years we’ll be able to find a truly worthy candidate early on and give him/her such an amp as to better their chance at defeating both the lesser and greater evils. As for now I say ANYONE BUT HILLARY. 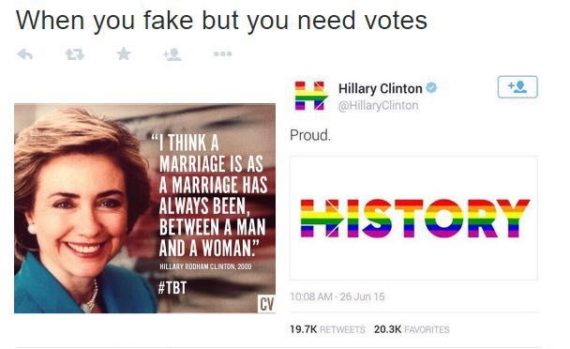