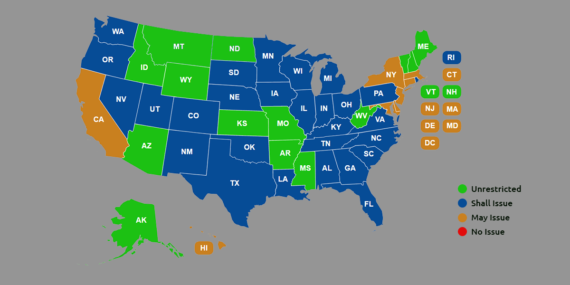 Several days ago the U.S. House of Representatives passed Concealed Carry Reciprocity. This means people who legally conceal carry in one state, can carry in every state. The executive director for NRA-ILA said, “The Concealed Carry Reciprocity Act is the culmination of a 30-year movement recognizing the right of all law-abiding Americans to defend themselves, and their loved ones, including when they cross state lines.” However where I agree with legally allowing law abiding citizens to protect themselves across state boarders, I do have some concerns about the legalities behind this Act. First off, the bill contained gun control within it. Yep, a prevision to expand the national background check system is within this bill. Could it have anything to do with agencies not reporting a majority of felony convictions? Nope. So what’s the point of expanding a system that no one is keeping updated? Exactly. This, quite possibly, is the only reason our Congress was able to come to an agreement. While this is D.C. as usual, my main point for writing this article is to address current problems with national reciprocity as a federal concept. NRA openly recognizes concealed carry as a “right” and says this Act does just that. I would strongly disagree with the second half of that statement, because no “right” should require a license. Although there has been a recent increase in Constitutional Carry (states not requiring a CCW license) a majority of states still require and regulate licenses to carry concealed. Whatever your beliefs are for concealed carry, we all can see states have claimed the authority to regulate it. This is either right or wrong; you can either claim Concealed Carry is a right, or a privilege in which state governments can regulate. I’m concerned about a federal law regulating or deregulating Concealed Carry if we have not yet ruled Concealed Carry is protected under the 2nd Amendment. If Concealed Carry is not a right, then we would be breaking the 10th Amendment by overstepping state authority.

Many political activists don’t recognize the importance of sound law. As long as they get what they want, they are happy. We saw the same thing when the Supreme Court ruled it unconstitutional to deny same-sex couples marriage licenses. Media and LGBT activists praised the ruling and still report it as the day “gay marriage was made legal.” That is factually inaccurate. The Supreme Court can not pass legislation, they only rule on existing legislations. That Supreme Court ruling, if not tyrannical, was ruling same-sex marriage as a right which had already been recognized. But the political activists do not care, they got what they wanted. Even well-meaning activists fall into this trap. When we run a government based on emotion instead of law, there is no law. Everything becomes relative to what anyone believes, and in a country of 350 million people that can be quite dangerous. What later became the Civil Rights Act, Martin Luther King Jr. originally wanted to be passed as an executive order (a “Second Emancipation Proclamation”). Instead John F. Kennedy called for Congress to create legislation that would end segregation, which is how the Civil Rights Act came to be. Although MLK was fighting for a worthy cause, like many other activists, he understandably didn’t want to play politics with his rights. Most of us do not want to play politics with our rights either, but if we handle one situation a certain way we have to worry about how the same process could be used against us. Any executive order can be overturned by the next president, which would place these rights in the hands of the executive branch (making us the equivalent of a democratic monarchy). Same thing with the Supreme Court ruling; if 9 judges had authority to redefine marriage, what else is the Supreme Court able to do? Even if I support something, I want it to be done the most stable way in order to avoid future exploitation and preserve a long lasting republic.

Back to the issue of Concealed Carry, I do see it as a right. As a free individual you should not be legally obligated to wait for someone with “proper authority” to come and protect you. Currently our government is completely mixed as to whether it is a right, or if the 2nd Amendment even applies to this issue. There are many issues like this that I would love to see Constitutional Amendments passed for, but our Congress has a hard enough time passing the federal budget (let alone a responsible one).

For a long time I thought Concealed Carry licenses were reasonable, and on the exterior it seems that way. Good people can defend themselves, while bad people aren’t aloud to carry. The thing is, it’s already illegal for felons and mentally incompetent people to purchase a firearm. So based on prior evaluation, bad people shouldn’t have a firearm to begin with. If they do, they’ve purchased one illegally. Someone who’s obtained a firearm illegally would probably have no problem concealing that firearm on their body without a license. Actually, even a first time offender could easily conceal a firearm without a license, and no one would know because… it’s concealed. What I’m basically saying is anyone who’s a danger to their community isn’t going to let licenses stop them from concealing a firearm. The license is only a regulation for those who follow the law and would not be a threat to begin with. Some may argue Concealed Carry licenses ensure the carrier is properly trained to use their firearm, but depending on the state and instructor, some people can receive a license with very little scrutiny. And if NRA members would defend these carry regulations, then why do we oppose mandatory training to own a firearm? The whole reason the NRA opposes mandatory training is because as soon as you let the government determine who can exorcize their rights, they start stripping them away (like in Ireland and Australia). Instead we promote everyone to understand how to handle their firearm responsibly, but none of it should be mandated by the federal government. As someone who grew up shooting and riding ATVs well before I could legally drive a car on public roads, I understand that responsible teaching is possible without government intervention. It’s these family values that separate a free republic from absolute anarchy. Why don’t we apply the same for Concealed Carry?

I understand many people find CCW licenses reasonable, and some who believe self defense is wrong to begin with, but just like many other regulations they do not stop bad people from doing bad things. The states with Constitutional Carry have been doing absolutely fine, which is why the news barely reports on them. I believe Concealed Carry Reciprocity is a step in the right direction, but should have been proceeded by national Constitutional Carry or immediately followed by it. Also these bills should be limited to a short word count and one topic at a time. Lumping everything together just allows unknown regulations to be deceptively passed. 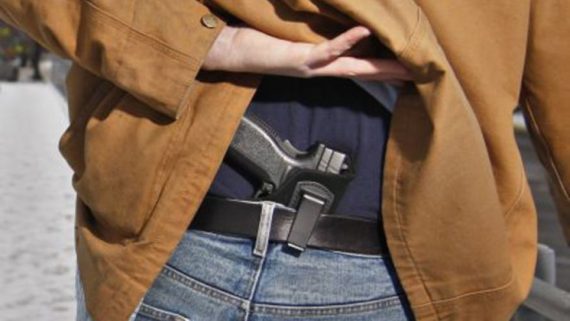