(I decided to write this now because of the recent debates of the Southern Flag. Which is horrible first off because of all the people willing to use a tragedy to bypass the 1st Amendment. This post is purely on history but I just thought I’d mention this if anyone is unaware of the event, or if future readers have not heard of the attack because of the media dropping subjects as soon as they’ve sucked all the money and political advantages they can out of it. Yesterday a white man shot and killed 9 innocent people at a African American Church. This is a horrible tragedy and it’s sad that it has brought up a debate about a flag instead of donations to the church.) 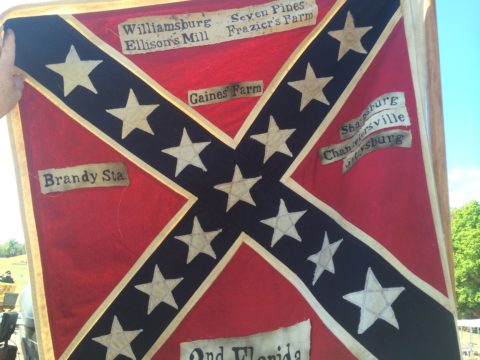 As you might know, I’m really into history. I like researching both sides of everything and drawing my own conclusions. Some time periods in history do bore me, but something that I’ve found very interesting is the American Civil War. This could be because it isn’t over a very long time period or because I live in America. Although it could be a mixture over my interest in American politics and how this war dealt with many struggles we still deal with today. I just wanted to bring to attention many of the things that we aren’t told in school, at least not in this way.

Obviously one of the major things we want to know about war is why it happened. Well 9 times out of 10 someone will answer a question about the Civil War simply by blaming everything on slavery, but there’s a little more to it. Many manufacturers leading up to the war were northern and managed to force the south into paying high tariffs on northern products. Later the Tariff of 1857 was written to benefit the south, however a new bigger factory bias tariff called the Morrill Tariff was passed in 1860 and set to replace the Tariff of 1857. After putting up with tariffs for years and then the Morrill Tariff showing up, the whole ordeal obviously wasn’t making the south any happier, and in March of 1861 Abraham Lincoln signed the Morrill Tariff into law. This alone is something many people will say caused the war, it very well could have been, but there’s more. What caused the war was secession, and what caused the earlier states to secede was tensions between north and south. So to an extent one of those tensions was not just tariffs, but slavery. We can see through letters and speeches given from northern and southern politicians that the issue of slavery was a hot debate at the time. Some representatives claiming it was the reason they voted for secession. Abolishing slavery would destroy much of the (1800s) south’s economy since the south wasn’t a manufacturing culture and made most of it’s money through farming. Big plantations would cripple without the slaves they used to harvest the fields.

South Carolina first seceded, then more followed, but once war broke out what were they fighting for? Slavery? Abraham Lincoln at this point said he wouldn’t abolish slavery, and South Carolina already had slaves, so they were technically not fighting for it. They were fighting for independence. Many southerners thought of this war as the second war for independence- separating themselves from the Union for their state’s rights. Now-a-days people might call you racist for saying “states rights” when talking about the Civil War, but I’m not referring to slavery. Many southerners felt controlled by the north, like the government was too centralize and getting out of hand. However this goes either way. Some of the south did think they were fighting for slavery, where other thought of it as if they were fighting a tyrannical government again. This can be see more in the politics of the war.

During this rebellion Abraham Lincoln made some horrible decisions. We already know the first thing he did was sign the Morrill Tariff into law, but tariffs had been upsetting the south for years. The first problem was when he called for states to supply 75,000 militia men to invade the south. This caused Virginia (after voting not to secede) to secede. Then he started kicking out southern sympathizing governors in states that hadn’t seceded and replacing them with union siding governors. Which essentially split state’s loyalty in half, enraging many of its citizens to join the new rebellion. This is why the Confederacy claimed to have 13 states when only 11 of them had successfully seceded. During the war Abraham Lincoln also made it illegal to write a newspaper articles siding with the south, suspended Habeas Corpus and aloud his generals to basically lead terror missions to complete pillage southern cities.

The thing about the Civil War is both sides had good and bad people. The north winning would give a more centralized government and risk everyone’s freedom. The south winning would continue slavery for a much longer time. But I’d like to make the point that even though in the Union there were many good people fighting for good reasons, the United States government wasn’t fighting the south in order to free the slaves. If they were they would have also tried to invade every other slave holding country after the war. And wether individual people were fighting for freedom or for slavery in the south, their constitution was a modified United States Constitution. Most things are logical and make sense, after all their modifications were to fix loopholes to keep the federal government from gaining more power again. However within this is their version of the Bill of Rights, it adds two clauses about slavery. One completely banning the slave trade outside America. This one is good, basically meaning no more Africans could be stollen from their homes. However the other one about slavery gives everyone in a Confederate State the right to own “negro slaves.” So if the south did win, the validity of their declaration of rights would have to be compromised in order for states to vote against slavery.

So that’s some political history of a southern side of the war that you probably weren’t told in school- but one thing I haven’t really focused on was the generals. The Union, at the beginning of the war, was horribly losing because the south had all the well trained generals, the Union on the other hand had rich people who wanted to be generals. We all have probably heard of General Robert E. Lee, the only southern general who you probably learned good things about in history class. He was against secession but loved his state more and at the end of the war was happy for the slaves being freed. Him and his friend, (and fellow general) Stonewall Jackson, were both opposed to slavery. Stonewall Jackson had even illegally opened a Sunday school for black children years before Virginia seceded. Both generals sided (at different times) with General Cleburne when he suggested in 1864 that slaves be aloud to fight for their freedom. General Forrest, who has the bad reputation for starting the KKK, promised his slaves he would free them if they stayed loyal to him to the end of the war, no matter who won. Three months before General Lee surrendered Forrest freed his slaves. The KKK reputation he gets depends on how you wish to interpret history, but I believe, along with many others, that he formed it originally to protect the south. But as we know, the members got out of hand and Forrest ordered for them to disbanded but they didn’t. Some say Forrest supported the crimes the KKK committed, others say he opposed them. We may never know considering how bias history can be.

The Civil War has liars on both sides, what I’ve been telling you is what I believe to be the truth. We can use history to keep the bad things from repeating themselves but also to look forward. You can use history to make a bridge, but if you are always looking back you might just walk right off the cliff.

The one last thing I’d like to address is the Confederate Battle Flag. The Southern Flag you see today is the Battle Flag of Northern Virginia used during the Civil War. The first national flag of the Confederacy actually looks like the modern Georgia flag, and the 2nd and 3rd national flags of the Confederacy have the battle flag in the top left and either a completely white flag or white with a red strip at the end. When many proud southerners see the battle flag, it reminds them of their native states- 13 states that struggled for independence and the many honorable people who died fighting under it. To others it’s a reminder of slavery. I can guarantee you the Battle Flag does not have a message of slavery in its design, but what it means to you I can’t really control. However what I want more people to understand is this flag and the people who fought under it weren’t all bad. It’s not the flag of the KKK, the KKK also has flown the United States flag and the United States actually brought slaves over here from Africa where the Confederacy did not. The United States Flag is just as racist as any Confederate Flag if we use the same logic. So could we please stop fighting over a flag and move on. Anyone can be proud for the good things that they are related to in history, but we’re all related to something bad in history also. History doesn’t define us now, but sometimes it is fun to look back on the good things and be proud of it. It’s also good to look back at the bad things to avoid it again. However, no matter what, bringing up each-other’s bad history as if it is still happening instead of just moving on is never going to help anyone.