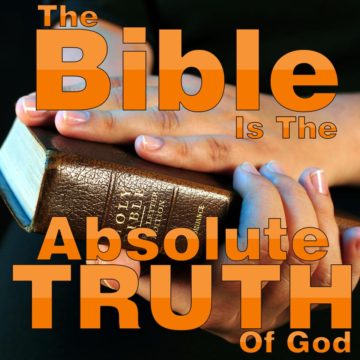 Recently I went to a Baptist Sunday service for the first time. Now I’ve been to Baptist schools, funerals and Bible studies but never actually attended one of their Sunday services. It’s not extremely different since I’ve always been in Protestant churches, but it just got me in the mood to write about what I’ve seen among American Protestants. In recent years Protestants have tried to unify themselves since America now faces bigger disagreements than just how we are baptized and what we eat for communion. When I was little my parents went to a Methodist church and enrolled me in a Christian school (which was part of a Baptist church, but tried to market itself as non-denominational). It could have just been because I was younger, but for the early 2000s it seemed Protestants fought the least amount. They were less worried about all their previous differences, and simply trying to raise a new generation in a safe environment. Sadly this created a watered down Gospel. Everything was about acceptance without much principle besides “believe in Jesus cuz He loves you.”

The 2000s I’d like to call the moderate generation, in which churches and politics weren’t as divided but were also too afraid to call something wrong. My Christian school was the worst example of this since they tried to stick to their principles, but only looked like hypocrites. If you tell kids they can’t do something, but are unwilling to explain why religiously, the only reason they’ll obey your rules is based off punishment. Well that’s exactly what happened. In my “Christian” school, people believed they were justified as long as they didn’t get caught. Their only principle was they believed in Jesus, but never expanded upon that. Now-a-days I think we’re seeing the repercussions of that. Protestants universally love Jesus, but are now divided on whether or not Biblical principles matter. As old pastors leave I’ve found that the new ones seem to be getting more and more liberal. This isn’t based on denomination, but a church-to-church basis.

I believe the main basis to Protestantism is that ordinary people can understand the Bible in its literal form. Churches that pick bits and pieces to believe aren’t looking to be closer to God, but fit their own personal judgment. I don’t understand how you could call yourself Christian when you’re unsure of the validity of the book that names us Christian. The only denomination that has yet to change on principle seems to be the Baptist Church. I’m not saying the Baptist Church has everything right, but they seem to be least infected with doubting the validity of the Bible.

In between going to Methodist churches my family went to a Lutheran Church (because my parents are actually Lutheran). There, I agreed with the pastor the most, and I tend to agree with a lot of the Lutheran doctrine. However much like other Protestant denominations there are Lutheran churches throughout America who are getting more liberal on their faith in the Bible. This amazes me since Martin Luther was the epitome of literal interpretation of the Bible. I believe this could explain the rise of non-denominational churches. We all have our disagreements with denominations, and being free of doctrine separate from the Bible sounds great. Sadly I’m worried these churches might be vulnerable to having dramatic fundamental changes between generations, but that can be up for debate. However this just brings us back to my original problem. Churches are getting more divided on an individual and fundamental basis. After trying to set aside our problems, we went too far and instead made the Bible out to be of lesser-importance.

What I’d like to address isn’t problems in interpreting the Bible, but pastors who refuse to continually challenge themselves with the Bible (in any denomination). God’s Word should be above our understanding. Too many times I’ve seen pastors and people try to fit their faith to their motivations rather than let God direct their faith. You can say you’re unsure, or differ in interpretations. But to preach contrary to the Bible because “the writers were just men” diminishes the entire faith. Why is one part truer than the other? Why are the Gospels considered more reliable than other books written by the same people? I find this very destructive to the faith, since the true definition of Christianity was given to us in the Book of Acts.

If you can’t explain your message without contradicting the Bible, don’t preach it until you have a valid point. This isn’t a problem with denominations, but people wanting an effortless pass to heaven. Repentance, forgiveness and grace isn’t worth mentioning if you’re unwilling to acknowledge the existence of sin to be forgiven in the first place. For Protestants to unify once again they, at the very least, must be Christians. Not in agreement with every issue, but at least agree that we’re a part of the religion explained to us in the Bible. I’ve noticed many churches trying to seem more friendly by denouncing “religion,” saying, “this isn’t about religion, it is about love.” While that sounds nice, it makes absolutely no sense. It is very true that God is love, and we are commanded to love, but these are religious beliefs by themselves. While “religion” seems like a negative word in modern day, religion is simply a belief of God. Even atheism can be considered a religion for their belief that God is not real. What these churches are intentionally or unintentionally doing is separating from religious principles in order to not offend the world they’re called to preach to. Can we as Protestants come to agreement that the Bible is God’s Word, written so that we might understand Him, and word contrary to God’s Word is false? Otherwise what’s the purpose of any of this? If there’s no universal truths, or those truths are not found in the Bible, what is the point of Christianity?

What amazes me is how so many pastors who get further away from the Bible are still a part of a denomination. Non-denominational churches seem to be fairly conservative, while you’d think denominations would be willing to defend their differences. Debating and actions are not the basis to faith, but when you go so far as to treat every “individual truth” as valuable as God universal truth, you’ve gone too far as a Christian. There’s only one way to get to the Father (John 14:6), He has never changed (Malachi 3:6 and Hebrews 13:8) and your works should reflect your faith in Him (James 2:26).