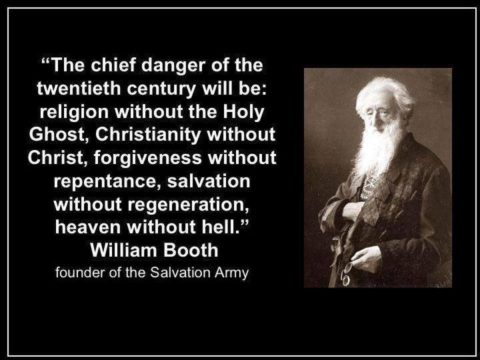 I’ve been trying to find a way to write about this for awhile. Being a social conservative in modern day is pretty much considered “fascism” by a disturbingly large portion of Americans. I honestly don’t care whether my opinions are a minority view or not, what upsets me is when people who share my views do nothing or people who oppose my views target children. For nearly a century our education system has been run in the pattern of city living. Ever since the 1950s liberals and conservatives have battled over who controls the schools. Conservatives always lose even with the slightest compromise, because at the base of conservatism is believing in tradition. If you don’t believe the new change is good, and you compromising half way, you’re only delaying inevitable failure. Liberals have gained a lot of ground over the past century by simply making America compromise little by little. This can range from politics to values. First it was simply politics, but when liberals gained control of the media and education they could then raise up generations on their ideology. Whether you agree or disagree with religious values, there should be a great distrust with letting a small number of people parent America’s children for themselves.

This brings us to something more corrupt than our school system, Hollywood. Many have used the term “this is why Trump won” and liberals apparently don’t understand what we mean by this. At least liberal media doesn’t, because in typical Hollywood fashion I started seeing articles titled “This Is Why Trump Won is the new Thanks Obama“. Once again, this is why Donald Trump won. I know the saying is overplayed, but here’s what it means. Conservatives are tired of being talked down to and told what is and isn’t the new thing. The mainstream media coming out of Los Angeles has such an extreme bias that anything they report on is exactly why Trump won. No one I’ve met knew what Aleppo was until Gary Johnson admitted on TV he didn’t know either. With this mistake the media finally started reporting on Aleppo just to make Gary Johnson look like an idiot. I’ve seen news from other nations, they’re extremely bias too, but at least they prioritize war coverage over whatever this is: 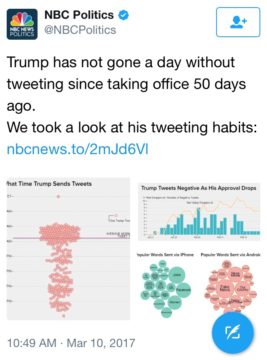 This is why Trump won. The media keeps it’s audience blatantly ignorant to important information, and what happens when ignorance is in charge? Well, the violent nature of Marxism comes out. Without virtue or hearing other opinions for 8 years we inherited a generation that turns violent over the existence of opposing lifestyles. They were told that they are entitled to certain commodities, and that their candidate was destined to win. This ideology only works through force, because at the end of the day someone’s held at gunpoint to pay for their “free” stuff.  Even pan-handlers ask for money, Marxists demand it. What happens when they don’t get the leaders the media promised them? All the talk of lovely-free-things die off and the true nature of Marxism reveals itself. Riots. Lots of riots. 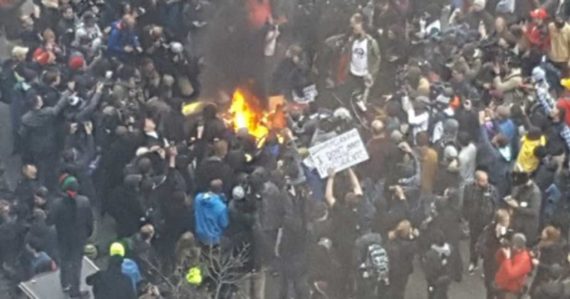 Now I’m saying all this before getting to the topic at hand because the topic is a social issue not a political one. No law, elected official or judge should ever enforce society to believe something. Beliefs, wrong or right, should not be regulated by the government. However this does mean that I can say the media has made itself an enemy of the people. Education has become less about truth and more about “facts” determined by a bias source. These same people encourage staying out of the workforce, because they know it creates a big group of free “activism.” Think about it; educating people on social issues then setting them free without a job. Of course “social activist” is going to become their occupation at some point. Liberals have cornered artists into a philosophical bubble. Modern-day art always has somewhat of a cosmic-humanist belief surrounding it. Art use to be a Christian’s expression of praise towards God, but over the years it has gotten to both sides of ridiculous. This is where media and education collide. If you can adopt artists into a liberal belief in school, then liberal art will always have more influence in the entertainment industry.

Conservatives desperately need to work on their religious side in a more spiritual manner. The conservative Christian was once the vast majority for this country, but we became more focused on rules than God. In doing so we’ve pushed away people and industries God wants us to be missionaries to. There has to be a moral standard, and God has made us one, but that isn’t the first step of Christianity. What I’m trying to say is, if our population has been won over by a humanist movement, it cannot be won back by condemning bad behavior. Secular and cosmic humanists don’t believe in universal truths, they aren’t going to take “well God says so” as a logical argument. We must express our faith and share our walk with God if we ever want to win back our country socially. Never compromise your morals or try to justify someone else’s sins, but calling someone a sinner is not the first step in winning over someone who does not believe in sin. There is so much conservatives could do in media that we avoid because the far-left has made it seem like it could only be a career choice for hippies. Might I remind you we created a movement called the Tea Party, and we fly flags and slogans that once rallied 13 little states into independence. When we do let our voices heard we’re referencing a time when this nation was protesting tyranny, not freedom of speech. 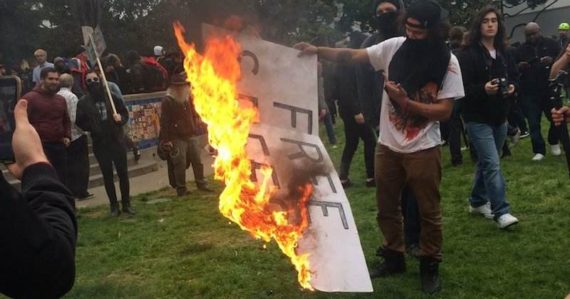 Oddly enough the right-wing is the heart of upholding freedom of expression. Conservatism isn’t a dying philosophy, we just need to make our own media, our own news, our own education. The Tea Party was a great start, but now we’re not going up against a president, we have to become more popular than Hollywood itself without compromising our virtues. Donald Trump isn’t a great religious communicator to lead the next Great Awakening, but he did contribute to a new distrust in the current media establishment. Now is the best chance America has to take back their media and offer a forgotten hope to a new generation.