Since I’ve been focusing on the gun control side of things for the past two weeks I’d now like to address another growing problem that I only really see in society. We are hopefully all familiar with the term “Culture War”. Over the years liberal media has been trying to change America’s culture and conservatives have been resisting the change. Within these culture wars the United States has gotten increasingly divided, and like any war it fills our hearts with hatred instead of love for our neighbors. I’m not saying virtues have to be compromised in order to unite this country, but I do believe some virtues need to be brought to light. Americans have become less respectful of one another and as annoying the left-wing can be, it is not just them. Republican politicians are usually quite respectful and try to uphold everyones rights based on conservative principles. They don’t politize a tragedy or literally sit on the House floor or promote rioting, however more and more Republicans are losing their virtues. When the Democrats have pushed us around for so long it makes sense Republicans would get fed up with the lack of action our representatives are taking, however that does not mean we should push back with equal amounts of tyranny. So in this article I am addressing specifically the Republicans I see on social media who push their anti-Islamic agenda just as fast liberals push their anti-gun agenda. This is not including or about those calling to go to war against the Islamic State, but this article is addressing those who are calling for new Crusades and the deportation of Muslims. 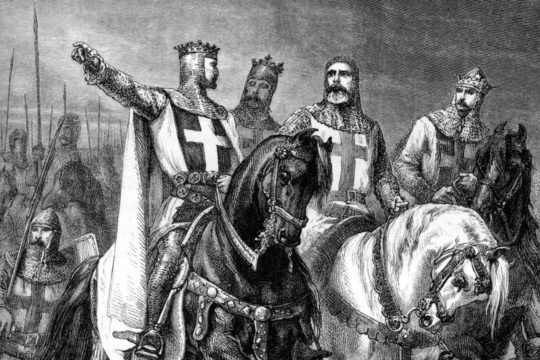 A few months ago I posted a video warning people about how armed protests against Mosques could lead to religious persecution against all of us. I got a lot of flack in the comments section of the video. It’s fine though, I’m no democrat, comment all you want I wont report you to the Marxists at Google. Just listen up first and let me explain some things about Islam and the safe way to handle religion in the United States.

First off a funny thing about some people who talk about eliminating Islam and consider themselves “die-hard conservatives”, they usually support the war in Iraq. However did you know the president who sent us to Iraq was the first president to call Islam a religion of peace? Also, I consider myself a “die-hard conservative” too, yet disagree with the belief that Muslims want us dead. That shows that people who use the same belief title can still disagree on specific subjects. I wish this was simpler too, but not all things are so black and white. When you claim that we should declare war on something as broad as a whole religion, you end up threatening our right to freely exorcise a religion. Many of us when we speak about Islamic Terrorism are simply talking about all the organized terrorist groups that claim to be Islamic. This does not mean all Muslims are terrorists, it means most terrorists claim to be Muslim. There are terrorists within other beliefs, but the reason we’re focusing on Islamic Terrorism is because it has grown and become more organized. Still this is not an excuse to accuse all Muslims of believing the same as Islamic Terrorists. I mean out of the 1.6 billion Muslims in this world at the very least 75% of them don’t want you dead. Some even say 99% of Muslims don’t want you dead because we only can confirm less than 1% are extremists.

You still might believe Muslims are still a threat to our culture for believing in laws that do not promote liberty, this could very well be true. However you wanting to rid the nation of Muslims or suppress their voice is the same as suppressing any big-government liberal’s voice. You do realize attacking Islam as a whole will only come back to haunt us as atheists gain more momentum to attack Christianity as a whole.

Even if I ignored all this, there’s more. I cannot tell you the correct way of being Muslim. There are different religious texts to Islam. The Qur’an was written after Muhammad’s death, while Hadith are reports of Muhammad gathered together a couple hundred years after his death. Sharia Law (the Islamic law structure usually filled with extreme punishments) is created through interpretations of the Qur’an and Hadith. However I know that some Muslims only believe in the Qur’an and not the Hadith, and some believe in both but disagree with the eastern interpretation of Sharia Law. It’s quite confusing. For now I’ll just talk about the Qur’an as what they generally believe to be true. 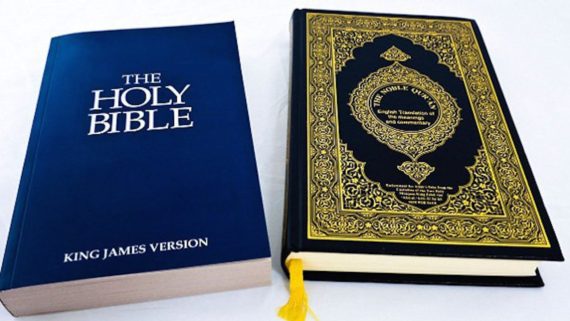 With 18 years of growing up around the Bible and studying the Bible I’ve only scraped the surface, let alone learning enough about the Qur’an to decide for myself if it’s message is of peace or destruction. Sure there’s violent verses, but the Bible has it’s fare share of violent commands in the Old Testament. Muhammad lead the Muslims through a lot of war, therefore the Qur’an was obviously going to reference a lot of violent commands. According to Muslims the Qur’an was told to Muhammad by the angel Gabriel who was basically bringing Muhammad messages for God. So from my understanding, if original Muslims were following Muhammed, the Qur’an is basically what Muhammed told them God wanted them to do. “Kill the infidel” could refer to one place where Christians are rebelling, while at another point in time the Qur’an will read in favor of Muslims marrying Christians or Jews. Again I couldn’t tell you according to the Qur’an if the Islamic State/ Terrorists are right or if people in a peaceful British Mosque are right. All I can say is there is a peaceful way of interpreting the Qur’an, and even if it’s the wrong interpretation we cannot silence people for believing in something non-violent even if we disagree. I believe the Qur’an has been wrong from the start and that Muhammad was a false prophet, but that doesn’t mean I have the authority to deny people their 1st Amendment rights because I disagree with them. I have the right to preach to them, but that right is only legally upheld if they’re aloud to disagree. We need to strategically eliminate Islamic Terrorists, but we will only be destroying our own freedom if we tear down the 1st Amendment and try to defeat all denominations of Islam just to defeat the ones willing to go to violent extremes. If you truly want to eliminate Islam you can’t do it through violence or deportation, it must be a slow voluntary process through much missionary work. It’s up to the people and their churches to influence society, not the federal government.

As for the Crusaders, the Crusades were a mess. There was failure and uncoordinated advances and anarchic slaughterings, none of which reclaimed the Holy Land for a comparatively long time. When Crusaders did reach Jerusalem it only ended in a massacre where even innocent Jews in the area were killed in the chaos. And if you really think all the Crusades were justified, there’s still the thousands of youth that died in the Children’s Crusade which really should have never been allowed to organize. This doesn’t mean I’m in support of the Muslim take over of the Holy Lands, but most the Crusader’s counter attacks are not deserving of any praise. All you can say is God bless the few Crusaders who fought honorably and tried to defend the innocent during the chaos. Remember almost every religion, race and nation has been lead into a poor decisions by misguided leaders or personal temptation at one point in their history, it is best to make sure we’ve specifically targeted the enemy and show mercy whenever possible.

When it comes to Palestine and Israel that’s a whole other topic to talk about. What I can say is every Abrahamic religion has their own reasons to occupy the land and that seems to be the new reason why the fighting never stops. Maybe I’ll elaborate more on that in the future, just know crusades aren’t the answer. Leading crusades is the same tactics as the Islamic State and in order to defeat the Islamic State we should not sink down to their moral level.