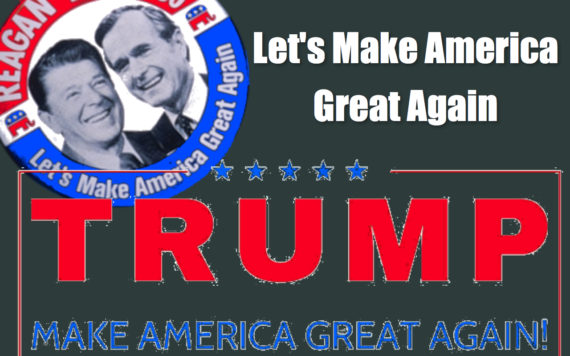 Recently I’ve been gaining more frustration not with our corrupt politicians, but with some of their idiotic “activists” who think they have the knowledge of God. It’s obvious from the Democrat’s side with their riots and ignorance on how the free nation of the world elects a president. But today I’d like to give conservatives a bit of reflection. Believing in conservative political policies can only work if you’re going to promote a society that voluntary lives by a moral standard. You cannot have limited government if you are not going to raise an independently functioning society. Blindly following the guy you like in Washington D.C. isn’t making you any freer. Something that caused me to leave the Republican Party was how I saw people putting blind loyalty behind some guy who’s never showed previous interest in the Constitution. This was my main problem with the Democratic platform, and now it seems even Republicans are easily swayed into justifying every word of their nominee. Just saying this alone could get me labeled as a “communist Hillary supporter” for critiquing “our savior” Donald Trump. I’m not saying it’s the majority of Republicans, and especially not the majority of their nominees, but it’s the online community.

Liberals focus a lot of their time on social media activism. Tumblr has practically become a media outlet built for pissed of feminists to rant 24/7 about the oppression white men have created. When facing this large media presence of people who “know so much that isn’t so” the main weapon against their arguments is logic. Sadly it seems Republicans are losing logic along with the liberal “Social Justice Warriors” of the internet. Instead of fighting for truth, I just see more people fighting stupidity with stupidity. Donald Trump isn’t an angel, as much as I wish he was. We desperately need what people on the Trump Train claim he is, but sadly the best thing Trump has going for himself is that he isn’t Hillary Clinton. The reason I’m saying this is not because I wanted Hillary to beat Trump (far from it), but it’s that I want people to acknowledge the truth. Promoting the expectations that Donald Trump is the next Ronald Reagan is ridiculous when they’re different on minimum wage, warfare, healthcare, immigration, temperament, child care and religious values. I feel sad for these people who are crossing party lines to vote for Trump with expectations of Reagan. They’re obviously going to be let down and it’s not going to help the conservative movement in the slightest. As self proclaimed conservatives we need to stick to our values, otherwise there’s no difference between us and a loosey goosey liberal philosophy. Trump is still a business man who’s bragged about being greedy and sexually harassing women. This is the truth, whether we like it or not. Ignoring the truth and then ATTACKING people who are actually stating the truth is making you look just as ridiculous as Social Justice Warriors.

For example, sending Glenn Beck death threats, calling him a traitor, commie, Clinton-supporter makes absolutely no sense. What everyone else sees is you yelling, “you don’t like my guy? Well then you must be the enemy!” If someone disagrees with you that does not make them evil. Sadly if it ended with Glenn Beck this article probably wouldn’t exist; it gets worse. I’ve been watching a bit of Louder with Crowder and saw an interview with Dana Loesch. She sympathized with Megyn Kelly in the recent spat Kelly had with Newt Gingrich on Fox News. However Dana did critique both of them for the stunt, she still focused on Gingrich’s lack of professionalism. I sided more with Dana, but the comment section is where I want to focus today. It seems like these younger conservative political commentators often do everything they can to be politically incorrect. This is especially apparent in the majority of the intros and cutaways in Louder with Crowder. Not that being politically incorrect is naturally wrong, it’s that sometime this new generation of conservatives seem to focus more on offending people than winning over people. If this philosophy was concentrated then written down, it would be in the comment sections of these videos. Tell me if these comments aren’t perfect examples of what liberals say conservatives are:
-“Kelly almost annoys me as much as Hillary.”
-“I want Dana in my bed.”
-“Can’t stand Dana now.”
-“Remove your head from your vaginas. This to me proves why politics is a mans game.”
-“Dana’s a *insert multiple swears here* and is voting for Hillary!”
Ya, I’m sure these comments help in showing the world conservatives respect women. It is this sort of value system that has made me lose most my support of not only these channels, but the Republican Party.

Instead of addressing the issues that face us as a country, we try to act like we’re perfect and everyone else is wrong. When you’re spending your time calling Paul Ryan a closet Democrat, Dana Loesch a Clinton supporter, Ted Cruz “Lying Ted”, Glenn Beck a traitor and Donald Trump our savior, how do you think that looks to people on the outside looking in? Attacking fellow conservatives doesn’t prove that your candidate is any better, it makes him look worse. Pretending to be a Nazi, making racist jokes, threatening to kill Muslims and treating women like objects IS NOT going to win over support. I’m completely convinced that people who do these things are not conservatives, and only care about looking like the big-tuff-guy than actually doing the right thing.

Now obviously the majority of Donald Trump supporters are decent people, and most his voters are simply voting in opposition to Hillary Clinton or purely on his campaign slogan. It’s just these vocal people who insist they’re conservative while making all of us look bad need to be addressed. Being conservative means two things, traditional and limited. If you believe in infinite military spending, expanding the government to keep us safe and ignore the moral aspects to sex, maybe you’re not a conservative. If you’re offended by that statement and want to argue back by listing how the evil things that make the worst of the Democrats’ worse, I know already. We see the spoiled, payed off, flag burning, entitled liberals running through the streets of large money sucking cities on a daily basis. But just like the Republican Party, the majority of Democrats are moderate people who are equally as affected by the worst of the opposing party. If conservatives’ wish to rise to the mainstream again, they must stick to a much harder standard, and speak in an understanding way until the slanderers in Hollywood and D.C. self destruct. No one’s going to win if neither side speaks reasonably, even within their own groups. In order to “Make America Great Again” the people need to be able to listen to each other, which is an issue within the youth of each party. As Ronald Reagan’s campaign slogan specifically included, “Let’s Make America Great Again.”