Back when Fidel Castro died after a lifetime of dictating, murdering and spreading marxism as far as he could, I wrote an article condemning politicians and celebrities honoring him as a “great revolutionary.” For many years it has been considered an “ignorant conspiracy theory” to think big-government politicians and Hollywood are conspiring to bring about communism in the United States. While this trail goes back as far as the 50s, it has never been as blatant as now. I thought communism was dead, and had died long before I was born. I knew about China and Cuba, but they didn’t seemed too threatening since everything from my generation has been built in China, and Cuba has been crippled for years. It wasn’t until I was 18 years old that someone finally showed me what has been happening in North Korea, and that these threats still exist. Even so, the ideology of marxism is the most destructive. The self-hate, materialism and entitled society will collapse without a tyrant leading them. Once the tyrant takes over, as with every other marxist nation, starvation and abuse runs rampant. 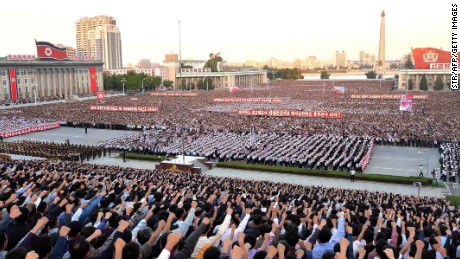 It is very hard to explain anything in modern day because no one holds a basic understanding of history. Should I begin every article with explaining the merits of our Constitution? Do I need to explain that both fascism and marxism are equally as totalitarian and therefore have no place in our free republic? Do I need to define fascism, marxism and republic in every article? I’m more than willing to do that, but it would get very repetitive to anyone consistently reading my blog. It’s easy to provide information to unknowledgeable people, but it’s much harder to correct someone who has been equipped with false information. You have to start from the ground up, because people who haven’t been raised by their parents have been raised by a society lead by propaganda and lies. Our media and elementary schools teach sex and government dependency. Our educational sources are written by the same people with political interests. It’s not a conspiracy theory, they’re openly admitting it now.

Recently Donald Trump has got himself in a lot of trouble simply for talking. In his defense he’s not the best communicator. Ronald Reagan could call out communists in Hollywood, instantaneously respond to enemy attacks, lower taxes and win over majority support because he could actually explain to the people what was going on. Donald Trump is the exact opposite. He could be trying to heal race relations, feed the poor and promote liberty, but people would still think he’s Adolf Hitler just because of his voice. When the media has painted this picture of Donald Trump being a Nazi, then you hear how frank he is, it’s easier to draw that stereotype. However that does not mean Trump is THAT bad, and it especially does not make other communicators good. We live in a very confusing time, but I’ve found that liberals still want a leader who plays “big brother”. By nature, living on a platform that require welfare brings that out in people. They’re more attracted to good sounding celebrities with messages of “Hope and Change”, which is why Reagan was able to win over 49 states. He could appeal to people socially and politically, through speech and policy. We haven’t really had any good policy since Ronald Reagan, and Barack Obama has probably been the only president since then to master the art of social speech. People relying on speech is a dangerous thing, because they are blind to policy. Ronald Reagan and Barack Obama were radically different, but those who vote on presentation probably voted fo both of them.

Here’s where the communists come back around. Not only are their messages in our media from science to cartoons, but now our celebrities and politicians are openly supporting communist dictators over our president. Barack Obama left this country in a serious crisis by allowing our enemies to stockpile and test nuclear weapons under his command. His idea of “negotiation” was to accommodate those who hate us in hopes that they will forget their evil ways. In fact, this sounds much like a speech Ronald Reagan already gave. There is a point where a nation is suppose to say “no further” but Obama did not do that. The more our enemies worked against United Nation resolutions and continued to threaten us, Obama simply moved the line further back. North Korea believed we were on the run and now think they are more powerful than they actually are. Iran has continuously threatened to eradicate Israel and the United States, and still tests nuclear missiles under the Iran deal. These are acts of war, and Donald Trump went to the United Nations to demand something be done about these threats to world peace. Sadly, since his voice startles those who only care about image, our own people have abandoned any goodwill he might have. Apparently personality is such a contributing factor to the truth, that some have sided more with Kim Jong-un simply because he sounds professional. This is the greatest threat to our country since the Civil War, because one of our parties defines freedom with personality rather than knowledge. 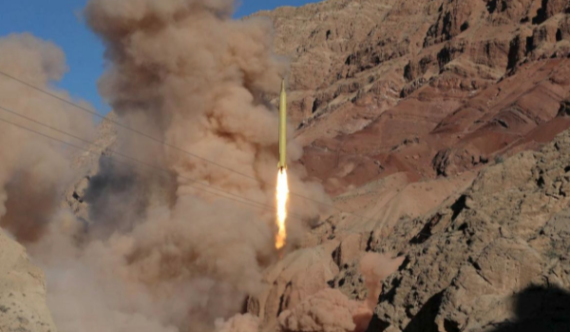 Iranian president Hassan Rouhani insulted Donald Trump’s United Nations speech and threatened to increase their military. Coming from a man who continuously threatens this country and our allies, this should be universally condemned. Sadly, I was seeing American media supporting Hassan’s critique of Trump. For the media to be even slightly innocent they would have to play extremely ignorant. Maybe they just hate our president so much that they think anyone who critiques him must be good… however if they know anything about Iran they would know that this is not the case. Their viewers don’t though, and this is the only way the media gets away with it. Hassan Rouhani is not a moral superior to Donald Trump even if his personality SOUNDS better. The reason why we’re pulling out of the Iran deal is because it is a failure, actually… it was a foreseen failure. Iran got everything they wanted, and millions of our money. Meanwhile they still burn our flag, chant “death to America” and show off missile launches in their propaganda videos. While this is all horrible, at the very least it isn’t as obvious to the American people.

Something much more obvious was when Kim Jong-un came out with the similar media fanfare in condemning Donald Trump. This communist dictator who has been widely opposed by just about everyone, and unashamedly tests illegal missiles by launching them around Japan, is now being treated like a reasonable leader. I would think we would all be universally shocked, but popular liberals have gone so far-left I don’t know where they’re reasoning lies anymore. Remember what I said about Hollywood? Well a Netflix celebrity with her own show “Chelsea” tweeted a literal endorsement for Kim Jong-un saying, “Uhhhh. Kim Jung’s letter to @realDonaldTrump is a little bit more sane than @realDonaldTrump. Maybe we trade?” Thus explaining everything wrong with anti-Trumpers. Now I’m not a pro-Trumper, but to oppose the United States president so far as to think a communist dictator is more sane, is a bit insane. Just because you dislike a president and someone else dislikes that president doesn’t mean that they are an ally. But this is how the media works. The far-left has managed to take over Los Angeles in order to promote this radical agenda. Some will not believe me because the thought of communists in our media does sound like a radical conspiracy theory. Sadly something new is always coming out that furthers my hypothesis into fact. The science show presenter Bill Nye has been using his stardom to push climate change, GMOs, transgenderism and abortion for the past several years. In an interview he even said we should imprison climate change deniers to keep them from doing more harm. ‘Stranger Things’ actor David Harbo exclaimed that fellow liberals should “punch some people in the face” while at the SAG Awards. During the last MTV Awards the loud speakers played “f*** Donald Trump” while the show went to an intermission. This is Las Angeles, and they’re in their own little bubble. 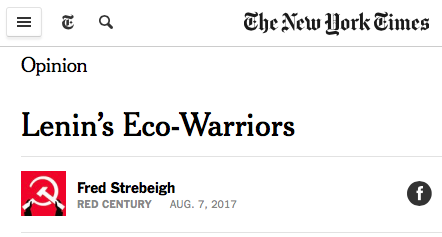 As I was writing this article Donald Trump came out in opposition to kneeling during our national anthem. Now I already covered this in my article about Colin Kaepernick, but thought I should bring it up again. Doing anything except standing for our national anthem is disrespectful. Many of these “protestors” have no idea what they’re doing, and many of their supporters either don’t understand the relevance of standing or hate our country to begin with. You stand out of respect of the entire nation and everyone who has died for it. There is nothing more smug than saying you know better than an entire nation. I go to many NHL games, and many of our players are not from this country, but they still stand out of respect for our anthem. When Canadians come down here we stand for their anthem and they stand for ours. It’s mutual respect. What you are doing isn’t a symbol of protest against all that is bad in the country, you are disrespecting every person who has ever worked under that flag so that you could have the right to kneel. Here’s the thing, more Americans than you could ever believe oppose anthem protesting. While the media would have you think these protests are 50/50 (mainly because they call Trump’s stance “divisive”), it’s more like 85/100. I fear the more the NFL defends these protests the more they solidify the fact they are working against the American people.

Yes, you have a right to sit. However this argument has been beaten to death. I’ve now seen articles claiming that Donald Trump is anti-American for calling on team owners and the people to oppose these protests. Actually, that is the most AMERICAN thing I can think of. In our capitalist nation the only way products and services improve is if the people demand them to fit their needs. This happens naturally by the people simple choosing to shop somewhere else until the demand is met. The NHL has a monopoly on professional football, so they either have to change due to pressure or one day fail to competition. When we don’t like something we have the right to avoid it. So yes, you can kneel, you can sit, you can preach marxism on the New York Times, but guess what? We can fire you. We don’t have to watch your content and give you money. You have a right to protest without a threat of government persecution, but the people have the right to boo and ignore you without fear of government persecution. You’re not entitled to a stage or a job or an audience, and since most your audience disagrees with you, we don’t have to cheer for you any longer.