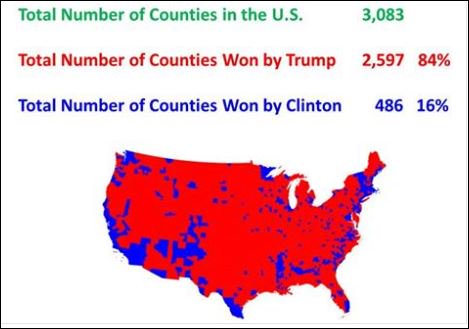 Today I learned that my theory on the popular vote was 100% correct and I’d like to share it with you. To begin there is possibly millions of Americans out there who do not understand how our elections work or why they work in this fashion. Our presidential elections are so different not because it was quickly thought out by some Hollywood talk show host, the elections are this complicated because the founders of this country understood there would be cultural and economic differences that would arise between states. Let’s say a large portion of the nation’s population is in a single state, which listens to the same media source and has an economy dependent on the same industry. That state is going to vote largely for their concerns, and if you look at many other states with smaller populations they’ll have completely different cultures and industries. It would be unfair to let the culture in a single state dictate over many other states found hundreds of miles away. Liberals have complained for years about the Electoral College and for awhile I didn’t get it either. However I finally understand its full purpose. Alabama’s primary industry is Automotive while Florida is Agriculture. Grouping the large population of Florida together with Alabama’s population may never allow for Alabama’s concerns to be heard. However it does not end there, because if you did elections by the popular vote of the entire nation there wouldn’t be much reason for worrying about states as a whole. Actually, presidential candidates in a popular vote would only have to win 5% of the counties in America to win the popular vote. So instead of trying to win over entire states, candidates may start to focus only on highly populated areas. This would make presidential candidates with policies that are only geared towards those in the largest of American cities. In a popular vote states like Idaho, Wyoming, North and South Dakota, Arkansas, Louisiana, Mississippi and even Iowa could be completely ignored by candidates.

Our current system works by letting each state elect the president. When the majority of a state votes for the presidential candidate that candidate wins the electoral votes designated to that state (except Maine… they can split for some reason). Electors are people chosen by the candidate’s political party to vote for their candidate in the Electoral College. For example, whoever wins Georgia gets 16 electoral votes. Since Donald Trump won Georgia that means today there will be 16 electors (who were designated by the Republican Party) who will go out and vote for Donald Trump (well that is if they haven’t been assassinated, put onto lists or give into Michael Moore’s demands). In order to become president you must win 270 electoral votes, which Trump won 306. The only way Hillary Clinton could come back from the grave is if 37 electors went “faithless” and the House of Representative voted her in as president; or if 38 electors went faithless and voted for Hillary. One or two electors being faithless is still fairly rare since these people were specifically picked as loyal party members. However this year may be different since rich Democrats are paying people to riot, specifically targeting electors in the media and even promising to pay off elector’s fines if they decide to not vote for who they were chosen to vote for. 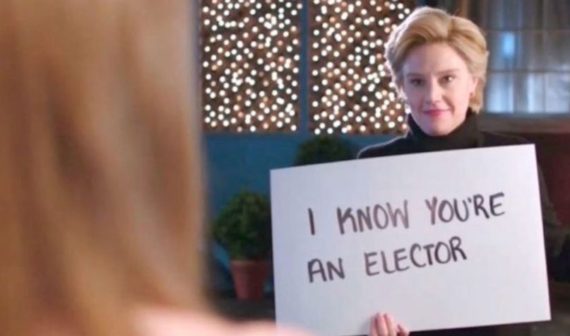 So in further explanation to why we have this system let me explain why it is important to let voting go from state to state. Kentucky may vote for a Republican while New York may vote for a Democrat, and in that way the cultures and concerns of one state aren’t going to be completely overshadowed by another based on how many crowded cities they have. We see through places like Chicago, NYC, LA and Washington DC that when people are closer together it is easier to convince them to keep voting for one side. If concentrated places all vote for one side and we went by the popular vote it would only end in persecuting the smaller cultures in rural states. Liberal’s say they stand up for minorities, but the popular vote would completely destroy any other opinion outside of major cities. Even Thomas Jefferson who founded the Democratic Party said that “when we get piled upon one another in large cities, as in Europe, we shall become as corrupt as Europe.” Now-a-days Democrats have controlled big cities like Chicago, LA, Detroit and Miami for decades and are now calling for the electoral system to be thrown out. The only outcome of elections without the Electoral College would be one party using media to convince the popular masses in big cities to dictate over everyone else.

Recently I’ve criticized California quite a lot. Their state government has gotten increasingly authoritarian over the past 25 years in every way that our founders warned us about. They are taxed heavy, yet are told this is good for them by famous rich people. Their guns are taken away and banned, yet Hollywood celebrities are all protected by armed guards. It’s a state controlled by Las Angeles and you can see it through their local radio and almost every Hollywood film produced. Celebrities have come out asking electors to be faithless and vote against the will of the people, they say this is justified because the Democrats won the popular vote. Well then here’s something that I’ve said for awhile and just mathematically proven, if California didn’t exist, Donald Trump would have won the popular vote. That state is so highly populated and controlled by Democrats that Hillary would have lost 8,753,788 voters without California (giving her a popular vote of 57,090,822) while Trump would have only lost 4,483,810 (giving him 58,495,826). This puts Trump in the lead for the popular vote. The only reason celebrities are complaining about the Electoral College is because they want those really populated counties in California to be able to dictate over every other state in the United States this election. To every celebrity calling for electors to shirk their responsibilities as Americans, you are not just insulting the freedom loving people of Texas, the hospitable people in the Carolinas and the economically better vacation destination of Florida that all chose Donald Trump, but every American who has ever fought to protect our liberties. Our Constitution was developed and defended by much wiser, intelligent and stronger individuals who actually looked at the mistakes of history and decided this system was worth fighting for. You should stick to what you’re good at, like writing songs that make no lyrical sense and letting the people with the computers make you sound talented. The Constitution got it right, half naked clowns who get to go on political rants at pointless award ceremonies got it wrong. Who would have guessed?