I don’t know how quite to begin this… A few weeks ago I started writing on article on evolution and creationism. Then with the election coming up I stopped and tried to explain how Barack Obama actually created Donald Trump supporters. Well now with the election over I tried to write about social conservatism and wasn’t quite satisfied with posting it at this time. There’s a lot of stuff I end up writing that I postpone because I want to make sure that it is presented in a semi-convincing manner. Too often bloggers and political commentators push away curious opponents by trying too hard to be politically incorrect. Political correctness, as I’ve said before, is harmful when it is used to subvert the truth, but there is no need to purposely be offensive so you can claim you’re politically incorrect. The current generation is slowly being pulled toward the left-wing and there is no way of bringing them back if we push them there by getting angry and lashing out just as harshly as their media lashes out against us. Anyways in this post I just wanted to summaries my thoughts on the election and where I think conservatives need to go from here.

Looking back through my posts on the election you probably are aware that I was doing everything in my power to make sure conservatives avoided Donald Trump. I never endorsed him, I never told anyone to vote for him and I went from Rand Paul to Ted Cruz to Austin Peterson to Darrell Castle to avoid Trump. Being someone who’s going to be writing about politics hopefully for years into the future I could never recommend a man that I knew I’d be arguing and criticizing very often after the election. In a way I want to remain independent in this fight and criticize both the horrible media bias and any unconstitutional actions taken by Donald Trump in the future. Here’s the reason I’m not freaking out, I’m economically, politically and socially conservative. This might mean many different things in different countries or to different people, but in my mind being conservative is to be limited and traditional. Traditionally our government was seen as a necessarily evil that must be restricted to avoid future tyranny, and that religious virtues upheld responsibilities in society and the ability to keep government out of the affairs of the people. That is my stance on the matter. I believe, like Ronald Reagan, that the heart of conservatism is libertarianism, and the only difference I see between the two is the predominance of religious virtue. Libertarians are the political backbone of freedom and conservative values are the brains that keep the whole thing from going to chaos. Anyways, no other active candidate this election was a social conservative beside Darrell Castle. For an example, when Democrats legalize something they say it’s morally good, when libertarians legalized something they say do whatever you want and when conservatives legalized something they still explain the risks and why it is or isn’t morally right on a standard separate from government. Conservatives create a standard that is voluntary to follow, but is essential in order to keep society from committing suicide. This is also the philosophy of organizations like the NRA, that spends thousands of dollars promoting firearm safety, but still does not approve of a government mandator safety class.

At this point it might be obvious to you that Donald Trump doesn’t really focus on these issues in the first place. The only social issues he stands on are gun-rights and the right to life. Trump was probably one of the least socially conservative people at the Republican debates and the sign of this could simply be seen in how he treated people and his ignorance on Christian forgiveness. However the reason I am not upset that Trump beat Hillary Clinton is because Clinton knows all this yet does everything she can to destroy America’s values. Donald Trump may be a bad guy out of ignorance, but Hillary Clinton knows when she’s done wrong but continues to lie her way out of every problem she’s ever faced. In the last blog post I already explained every issue she’s flip-flopped on, morally and politically. Someone so willing to decide the education of someone else’s children and divide communities for political gain is less fit to be president than the annoying rich guy. Like Trump has said in multiple interviews, his primary focus is jobs. He knows economic conservatism works and that’s why he’s conservative, he’s not here to dictate or promote many, if any, social issues. So while Donald Trump is president it gives conservatives a chance to push their voluntary standard with less persecution from the federal government. Under Hillary Clinton conservatives would have a very minimal chance of influencing anyone because big-government liberals have been censoring states, media and teachers through the past administration. Also if you’d look into Trump now, he’s speaking more moderately than he did during the debates. Tump has only promised to deport undocumented immigrants who have committed crimes, and wont be focusing on the millions of others (which he has called “good people”) until the border is secure. Also, like I expected, he does not plan on doing anything about the Supreme Court ruling on same-sex marriage. Although Trump has been caught saying things that allude to him treating women horribly, he does not show that politically and people have yet to catch him saying anything racist while we do have multiple cases of Hillary Clinton making racist comments (and her husband lying about his sexual misconduct under oath). So although Trump’s personality is horrible, he’s really not this massive social threat that the media and rioters claim he is. Actually the anti-Trump protestors have been caught showing more hate for calling for the assassination, rape or torture of the Trump family. 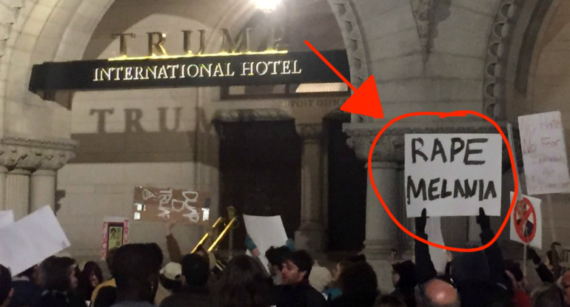 With this in mind the new mission for my blog is quite simply the old one. I focus mostly on social issues, and will continue to promote “liberty and the values that sustain it”. I’m also thinking about writing about moral topics that should not be regulated by the government, but are definitely something both conservatives and liberals should reflect upon. Ronald Reagan said that freedom is never more than one generation away from extinction and I believe unless conservatives start reaching out in the media, actually communicating as a family and talking about these issues in a tolerable manner, the current generation raised off Hollywood and liberal public schools will start trading many of our liberties away for securities. For the next four years it is our duty to offer hope in something greater than material to the masses. The real way of beating tyrants is not to kick them out of government, but to show their supports why limited government, limited spending and Christian values aloud us to offer more hope and opportunity than any other nation in history. Right now protests and riots are breaking out over a person elected president who hasn’t even taken office yet. This is not the general population of America. It is a mix of professional rioters bought-out by rich men in high places, and people who have been brainwashed by liberal media. It’s our time to create our own media so people realize why capitalism isn’t hate, and why “In God We Trust” puts more authority in the people than “in government we trust”.