Sorry for the lack of content for last week. I intended on getting a blog post done, but didn’t know exactly what to do. Last week I was in North Carolina enjoying some cooler weather and typical southern hospitality. Since I was on vacation I didn’t really want to get worked-up by all the craziness surrounding politics. When I first started writing on this blog I would cover any topic I thought of, not really dictated by the latest news story. That’s the way I like it, because it’s based around the time my mind is ready to write. If I pay attention to what everyone else is talking about I tend to slowly lose my mind trying to keep up with it all. While I was gone I tried writing a post on this and how we can’t always keep up with every problem at once. This never went up (obviously), but was actually about why I wasn’t writing for that week.

It seems the media decided to continue its rage while I was gone and I don’t even know where to start. Firstly the easiest thing would be Pence’s Email “scandal”. Mike Pence did his government business on an AOL account which was hacked. Liberal media instantly started to compare this to Hillary Clinton’s email scandal, except there’s a HUGE difference. One of the main reasons Clinton’s emails were so important was because they were classified. Multiple times she denied handling classified information on her private server, which turned out to be false. Pence was not handling classified information, and was not Secretary of State like Hillary Clinton was. The Secretary of State has a high position involving foreign policy, so those classified emails are much more important than a governors business emails. To add to all of this, Mike Pence used an AOL account, Hillary Clinton literally used her own private server then proceeded to destroy any device she had linked to that email (smashing 13 phones is slightly more suspicious right?).

Besides that little spark of misinformation appearing in media, there has been more unsettling things going on. One of the things that makes me the most upset is when Republicans do nothing about the government molesting people. Under George W. Bush I didn’t see much done from a conservative perspective. I know I wasn’t even out of elementary school at the time, but everything seemed pretty basic. There weren’t mass riots or much going on with the social side of politics. I mean when Barack Obama took office it’s not like the previous administration established anything that he couldn’t overturn. However what I did see from George Bush was an expansion of the police state. I was 4 years old on 9/11, and all that came from it was the violation of the 4th Amendment. We were attacked, we went to war, and then the government started accusing every American of terrorism. It took over a decade to rule that the government spying done on its own people was illegal, and still Rand Paul had to filibuster for 10 1/2 hours to force these politicians to actually do something about it. What has yet to be addressed is the TSA, which seems only focused on molesting the most innocent of people. 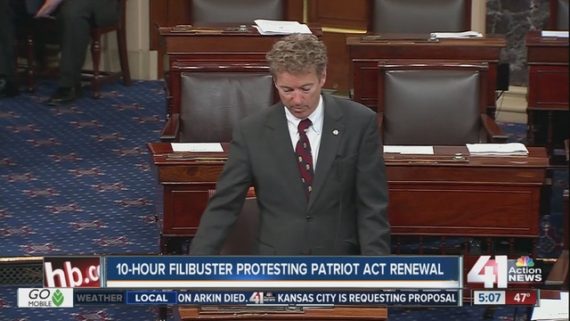 When I was really little I wanted to take a plastic toy gun with me on vacation. Luckily when I noticed the no-toy-guns sign my mom told me she removed it from my bag. This is illogical enough, because a plastic shape with an orange tip isn’t more of a threat than a pencil. Although orange plastic can do very little in the form of threatening human life, a pen or pencil can easily be used as an improvised weapon. However let’s ignore that, because even though we had removed the gun-shaped-lump-of-Chinese-plastic, my grandma’s 3/4 inch collapsible knitting scissors were confiscated and thrown out. Now you can talk all you want about how a dull blade, on an object with virtually no handle, wielded by an old lady could be deadly, but is this the society you want to live in? One where you are treated guilty and have no way to prove your innocents? However it has gotten worse since those days. In the name of your security the TSA has taken it upon themselves to X-ray through your daughter’s clothes to make sure that she isn’t carrying a Glock, and then will even give her a free pat-down cuz her pant’s button is too big! Isn’t security wonderful? 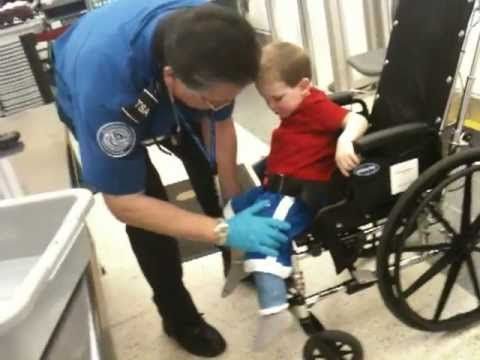 Well I’m tired of it. Legally, politically and morally. I want to see security decreased, not because I’m stupid or impatient but because a free nation shouldn’t require pat downs on kindergarteners! On the way back from North Carolina I saw something that I’ve seem far to many times. An old lady being pulled off to the side because those scanners might as well be magic 8-balls. However security has gotten even tighter. Not only have pat-downs gotten (as the media puts it) “more intimate”, but they now randomly pick people to check their hands for traces of explosives. Yes, imagine the day when Samuel Adams payed someone for a service, they treat him like a convicted terrorist, and then swobbed his hands for traces of black powder. I can’t, and lucky they were doing this to an old lady cuz Samuel Adams would have filled that lobby with protestors by sundown. Have people become so numb to tyranny that they don’t think twice when someone nonchalantly swobs their hands for explosives?

We all don’t want another 9/11, but in doing so people have been denying all forms of logic. The TSA cannot treat anyone differently, and therefore is just a random mess of human-rights violations. You go through a security check point that picks people at random, whether they can or cannot wear shoes or which type of scanner they go through. If one is more affective than the other why have both? Or why not let us all take the easier option if it’s just as affective? Although the TSA is full of contradictions, even if they fixed them I wouldn’t say it’s legally or morally right. We are guaranteed the right to warranted searches in our Constitution, and that was not written with the assumption that the government would simply give law enforcement an infinite and never expiring warrant. Molesting citizens for having too much metal on their pants is not representative of a free and just society. 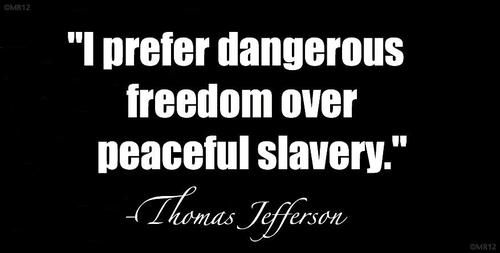