Today the Senate is voting on multiple amendments to incorporate new gun-control measures into a justice department spending bill. This is supposably in response to the recent shooting that happened here in Florida, although I could be mistaken after looking at the direction of these amendments. Two of which have literally nothing relatable to the shooting other than it involves guns. Right now I’d like to go over the amendments and give my opinion on them.

Republican Senator John Cornyn is offering an amendment that would require the law enforcement to be alerted when someone on a watchlist attempts to purchase a firearm. If the buyer has been under investigation within the past five years then the attorney general could block the sale for three days while a court reviews the sale. In my opinion this is the most reasonable and logical response out of these amendments, however it still takes an approach that I disagree with. Say I was put on a watchlist for being too involved in the Militia Movement or saying the right-wing things that I say. Now if I were to try to buy a firearm I would be denied a right for up to three days even though I have not been proven guilty of anything. By simply breaking this amendment down, it means that someone who is innocent can still be treated like they are guilty, and denied a right for three days, until proven innocent. Our system was originally set up on the principles of innocent until proven guilty. That is why I oppose this amendment, in principle denying a right for three days is just as morally wrong as denying it for years. There are good things to this amendment compared to other suggestions however. It does set limitations on how long someone can be denied a purchase, protects people who have never been under watch, and still does not allow the infinite denial of a sale to someone on a watchlist without due process. Omar Mateen had been on a watchlist within five years of his purchasing of the firearms he used in the shooting, therefore this amendment might have prevented the Orlando shooting from being done with legally purchased firearms. However there’s still nothing to say he could have gone out and illegally purchased those weapons.

Republican Senator Chuck Grassley’s amendment is to speed up accessibility of records in the National Instant Criminal Background Check System and to put the mentally ill in the background check database. This fails on multiple levels. One, it has nothing to do with the Orlando shooting because Omar Mateen (from what has been made public so far) was never diagnosed of a mental illness or found guilty of a major crime. In the broad scheme of things this amendment is still dangerous because it would allow the government to start denying people their rights according to their mental state. None of us want a psychopath to get a gun, but giving this authority to the government could result in the denial of rights to soldiers and the elderly for mental illnesses that do not affect their judgement of gun safety. You may think I’m insane but they’ve tried it before: http://www.breitbart.com/big-government/2016/03/24/gop-senators-move-to-block-obamas-gun-ban-for-veterans/

Democratic Senator Dianne Feinstein is obviously jumping onto the gun control train with a new liberal proposal. Her amendment would allow the attorney general to deny a gun sale to anyone as long as she has a “reasonable belief” they might commit terrorism. This literally gives the attorney general the authority to deny a human their God given right to keep and bear arms simply because she says so. This oversteps due process and can affect anyone, even people who have never been on a watchlist. If the attorney general believes in her own head that you’re a terrorist, she can deny you your rights. I don’t think I even have to explain why this one is a horrible option for a nation based on liberty. 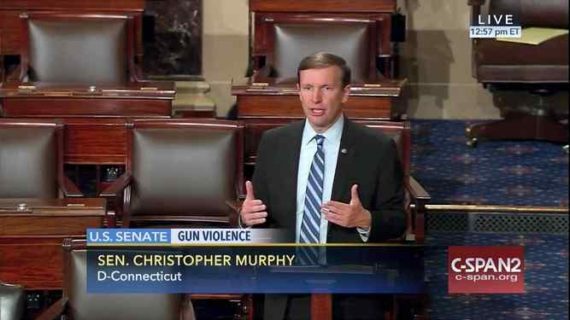 Democratic Senator Chris Murphy is the Senator who got us into this mess. He recently held a filibuster to push gun control saying that he couldn’t just act as if it was business as usual after the recent shootings. Well here’s his time to shine right? Liberals should be lifting him up and cheering his name for saving us from another Orlando shooting. Sadly he now can’t even win over the folks at ABC. Murphy’s amendment is to end the “gun show loophole” and require every firearms purchase to go through a background check. Well Omar Mateen passed a background check and bought his firearm from a licensed dealer in a gun store. That means the Democrat who filibustered and ran completely off the emotions created by this recent tragedy is doing absolutely nothing to prevent a shooting like it. On ABC he was questioned and drilled by Jon Karl about how this really would have prevented the Orlando shooting, and all Murphy could say was how they had to be more broad to prevent other killings. So now the man leading the charge to prevent another Orlando shooting is openly admitting that he’s just playing off the emotions brought up by the shooting to pass unrelated gun control. Well played, but I’m going to play along so I can further pummel his amendment into the ground. 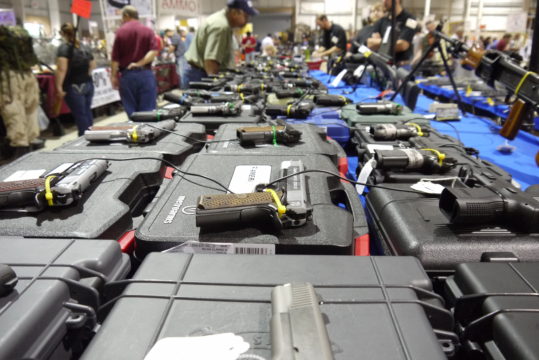 There is no such thing as a gun show loophole. Licensed dealers always have to perform background checks, whether in a store or at a show. Individual people are aloud to sell guns to other individuals without a background check, this is the supposed “loophole” we think liberal’s might be referring to. On a logical basis forcing individuals to go to a licensed dealer for a sales transaction would literally accomplish nothing. Think about it this way, my grandpa has a gun he wants to sell, I want that gun, I buy his gun from him, that’s the end of it. Now if a person sold a gun to a future criminal in the same manner, with our current gun laws that’s legal (unless the person intentionally bought that firearm to help the criminal avoid a background check). However let’s say we changed the rules and made it illegal to sell a gun without a background check under any circumstances. Well then me and my grandpa would have to travel to some place that can perform a background check on me and we’d probably have to pay a fee and it makes a big deal out of nothing. As for the criminals, they’re still going to show up and buy a gun from their buddy without a background check and there’s literally no way you can know or prevent that illegal transaction without a GPS chip inside every firearm (considering there’s over 300 million guns in America it would be hard to get a GPS chip in all of them at this point). On top of that most gun owners would be fed up with your authoritarian demands and will simply not go to get a background check done for private sales, and no one would ever know. That’s why it’s not illegal, there’s no way to prevent it. What people like Murphy will say after this is, “we need to register all firearms so we can trace these illegal gun sales.” Most gun owners are aware of what happens when you let the government know who owns what firearms and where. It’s the same thing that happened to England, and is happening in places like Australia and Ireland. They regulate your rights, confiscate the scary looking rifles, then the pistols, then the shotguns, until you’re left calling a hunting club every week to help defend you from the government trying to take away your single barrel break-action 410 shotgun, even though your wallet is filled with licenses and permits. That is not freedom, that is not American, and that is why we will continue to oppose giving the government the authority to further regulate our right to defend ourselves from all enemies, foreign and domestic.