Hello, this is my first blog post (most of my posts will probably not be this long, but this was just such a large topic to talk about). I’m new at this so cut me some slack when it comes to grammar. In this post I’m writing about the school system and morals which I believe many people seem to ignore. It’s sad that such a big part of our lives and a part that affects so many people is completely over look even after how bad it has gotten. And I’m not just talking about how “educated” our kids are compared to other countries…

As the kind of dude who is very much into politics, I tend to learn about another person’s views straight off the bat. Ya, the whole “never talk about religion or politics with friends” thing doesn’t really go over well with me. It’s like meeting a guy who is into sports, he’ll probably bring up sports the first time he meets new people. Anyways, although I’m into politics, I’m a pretty shy person in real life. I’m not the best at conversations in the first place, but online I tend to get myself into really deep political and religious debates/conversations with people, most of which are teenagers (since I am a teenager). What many adults don’t understand is the younger generations are the most important when it comes to the future of this country. No matter what my generation or the older generations do it is completely worthless if younger generations are not with moral values. It’s the youngest generation that will one day direct this nation for the good or for the bad. The school system obviously plays a heavy role in this. The majority of kids go to public schools and if their parents don’t do any parenting (such as teaching their child morals) the only parenting a child gets is whatever comes to them. This wouldn’t be SO bad if public schools didn’t have the legal problems with teaching morals. We live in a generation where half the country thinks it’s a hate crime to tell someone they’re wrong, but in order to teach a moral (right and wrong) there must be a wrong. So now we have many kids simply growing up on a completely materialistic worldview. This is a worldview that material is the only thing that exists or is to put our hope into. In return this transforms our once limited government into a government that can gain more and more power as long as more and more material is gained with the least amount of effort. One of the major moral declines that has stemmed from this is the way we treat fellow humans. Pursuing after lust is completely justified with this system, even worse some use it as a meaning to life. This creates a country that treats it’s partners as sex toys, instead of actual partners in anything other than sex. But not just that, in this supposably free country, children who are religious sometimes feel heavily burdened in some of the mandatory classes. Thanks to the moral decline, many are even persecuted by fellow students simply because they actually believe in God or morals. It now feels almost illegal to be an open and active follower of an Abrahamic religion in a public school. 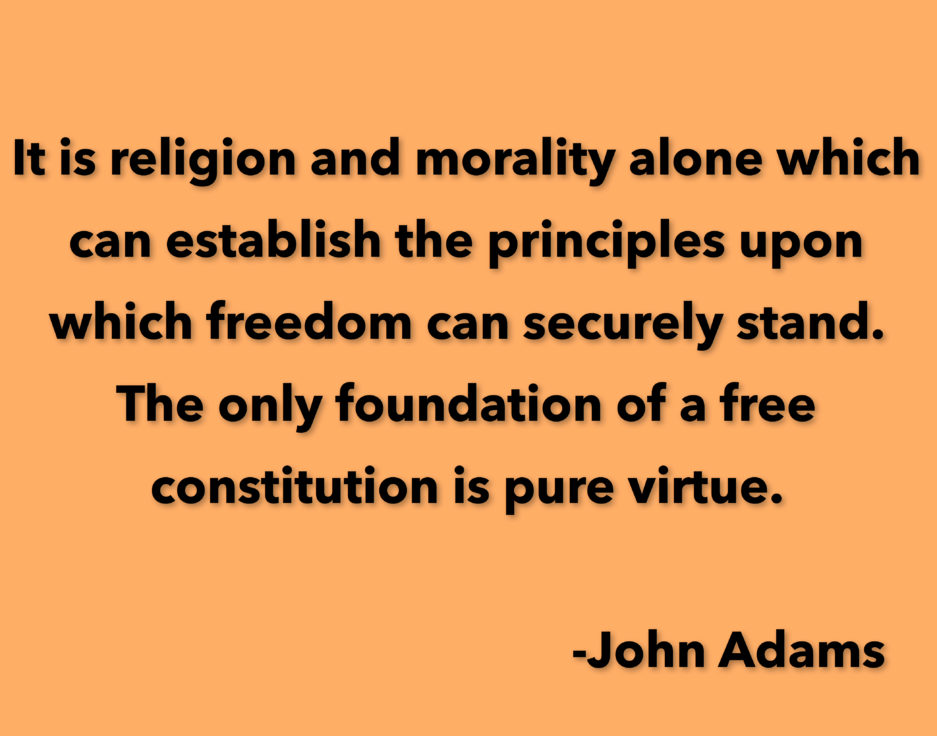 Even the simple point of school, to educate kids on things they NEED to know, has been completely taken away. This system instead of looking at the best for individuals, looks at how to make our country better than others. But we’re the UNITED STATES OF AMERICA, we shouldn’t care about how other countries think of our educational system, we need one that works for us. Think I’m crazy there? Well if we cared more about offending other countries near 250 years ago we’d still be a part of Britain. Anyways, let me use some simple examples. If kids are stressed, depressed, sleep deprived or just generally cranky, we’re doing something wrong. I’m not just saying we’re doing something wrong because middle/high schoolers hate school for being work, but because many people cannot see the purpose in the many things children have to accomplish to get that mighty high school diploma. Algebra? Geometry? Chemistry? We all apparently need to know these, yet no one needs Consumer math? Consumer math is the actual math we need to know to… you know, actually live. Kids don’t know how to pay a mortgage? That’s ok at least they can balance a chemical equation. Or maybe they know neither because they pass out doing chemistry at 2am just to wake up at 6am for school. Seems healthy right? The governments excuse for not teaching Consumer math? Oh, because it’s only for kids who plan on not going to college… yep thats their excuse. Apparently Consumer math isn’t mandatory (or really even mentioned) because everyones expected to go to college. You know it’s not like people need to know how to balance a check book or pay taxes at 20 years old, as long as they’re in college. This leads into all these other requirements. Kids are judge on their overall grades and not in pursuing what they like and excel at. I doubt many of us will use chemistry, and yet kids who are bad at math, but enjoy other subjects, are expected to have to put up with more expensive car insurance and lower rated colleges simply because they got a D in chemistry and algebra and that brought their GPA down. Not just that but this broken system expects kids to learn about sex at 12 wether they want to or not- and if that’s not bad on its own, they’re told nothing about rights or wrongs other than to just use protection. So in reality they think children are mature enough to understand sex, even though for all the school knows no-one has really taught the students morals. Actually Hillary Clinton doesn’t even think education is a family matter so I guess kids are expects to learning about sex without any morals. And in some places schools go ahead and educated them on drugs. So they’re now “mature” enough all by themselves to learn about sex and drugs but apparently not mature enough to learn about religion, morals or possibly gun safety. Oh yes, gun safety. I’m not talking target training, but at least knowing some safety. Wait! Some may scream at me, “But Alec if children know more about guns there will be more school shootings!” Three things: One, history is a perfect example that that wasn’t always the case. Two, Why would kids want to shoot up a school? Could it have something to do with moral decay? Three, If that is true then why do you expect them to learn about sex and drugs then not have the immoral outcome of treating eachother like sex objects and also getting into drugs? Call me crazy but it’s happening. Why do guys look at women as sex objects? You can blame that on the school system and science for justifying porn and fornication for 11 & up! At least they were trying to teach a good moral on drugs right? But obviously who cares about following what teachers say when we are the equivalent of evolved monkeys and death is just an abyss of nothingness. Yes! I’m going there! Why is the THEORY of evolution being taught as fact in public schools when it persecutes creationists? Is intelligent design seen as such a mind-boggling dangerous worldview that it justifies teaching an outdated concept of evolution to middle schoolers? Shouldn’t the separation of church and state not be a way for the state to persecute religious people? So if intelligent design gives us a possible right and wrong while evolution just teaches us the strongest survives… maybe morals are seen as a threat to our big government? I wouldn’t be surprised after seeing their attacks on homeschoolers. 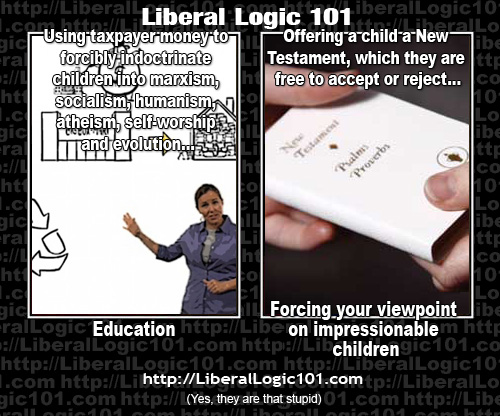 I’ve debated with kids who think marxism is a correct path to take, and some who think a kind of tribal anarchy would help us further evolution. You might think it’s from their crazy parents, you’d be partly right because their crazy parents are the government and the television. Everytime they applied logic to something, they referenced a TV show or their science class. And no I’m not hating on TV or science, but when parents don’t teach morals and our school system is held down by a political agenda, what is teaching our kids right and wrong? A even better question is, in modern day could kids be able to spot Hitler if he just had a different name? Or would they be able to know who he is by his worldview? Tyrants aren’t going to be so obvious when their trying to be given power by obedient little sheep. A free country is always one generation away from a dictatorship or utter fallout, does the next generation know what freedom is and what millions of people have died for? Or do they simply want to keep trading freedom for security or listen to whatever popular people tell them is freedom?