I’m currently 19 years old and wanted to talk about my “teenage” thoughts on some political issues. My opinions haven’t really changed much since I was 14 years old, and even when I was 12 I supported most the same policies. Overtime what I really developed was better reasoning for those opinions, and sometimes, very rarely, I would changed my stance on an issue. Most of this happened between 12 years and 14 years old because I had changed schools and was no longer being told some fairly ridiculous things. When I got into social media at 15 years old I already had an understanding of what I believed and got fairly good at defending it. This started my interest in apologetics, which I later took in high school along with Introduction to Worldview. While I’ve spent a lot of time thinking about politics and religion there are still many things I have not been able to come to a complete conclusion on. One of these is age requirements in the United States.

From middle school to high school, politics are actually discussed more often than parents probably realize. When stopping by my old youth group several months ago one of the middle schoolers said he was a libertarian, and had a small group of libertarian friends at school. That is how young Americans are developing their political views, and some of them know quite a lot. Up until the 2008 election I had never thought much of politics, but I had spent a majority of my life riding ATVs. 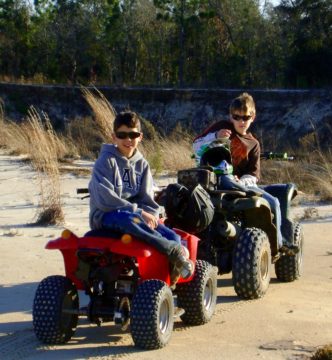 During this time I wondered why I could learn to ride ATVs and shoot guns under parental supervision, but was not allowed to drive a car. And to this day I wonder how young could people actually start driving if parents were as responsible with car ownership as they are with firearm ownership. Think about it. The only reason we take driving tests is not to learn, but to prove that we are capable of driving. This could be completely eliminated if parents were responsible enough to determine when their own children are ready. After-all your child isn’t any more safe the day before getting their licenses than the day after. They’re just as qualified, except now they’ve gained government approval.

Interesting enough, I later learned that you do not need a registered car or a license to drive on private property. There are many laws like that, where if people knew what was legal they would freak out, yet nothing happens. Such as how for one and a half centuries Florida did not pass any laws banning firing a weapon in populated areas. Until two years ago when an individual set up a shooting range and started receiving noise complaints. One year later and the state of Florida passed a law banning recreational use of a firearm within an acre of another property. Weird how we lasted so long without that law, yet when people finally learned that it was legal to shoot a gun in your back yard the state flipped out. How many people realize an 18 year old can buy a 50BMG rifle, and an AK 47 with a 100 round barrel mag within the same day? And guess how many cases has an 18 year old bought a 50BMG and in the same day committed a crime with it? None. Because it’s impractical and expensive and most 18 year olds aren’t murderers. However the moment someone realizes Americans can build their own firearms without a permit or purchase anti-material sniper rifles, they freak out. The truth is pistols are the firearm of choice for criminals, not these big scary weapons that any law-abiding 18 year old can technically purchase.

Now that I’ve brought up pistols I guess it’s time to talk about the number 1 issue that both frustrates me and is completely ignored. Why aren’t 18 year olds aloud to purchase pistols? Most people say it’s because they’re more concealable. This is true, but that doesn’t exactly give any reasoning as to why 21 years of age is when this argument becomes invalid. Keep in mind most criminals attain their firearms illegally, so… who exactly is this stopping? 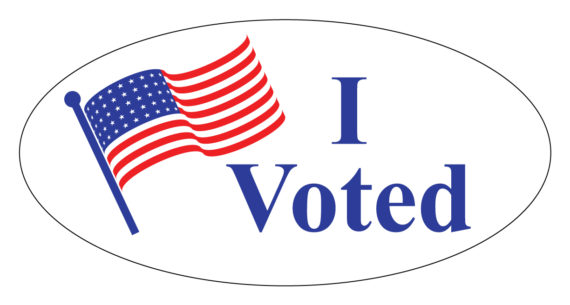 It wasn’t until 1971 when the 26th Amendment was passed that 18 year olds were ensured the right to vote in federal elections. Since then 18 years old has been considered the age of adulthood, but have left a vast array of confusion. If 18 year olds are adults then why are they not ensured the same rights that the United States Constitution claims to ensure to all Americans? The most common argument is that they are not experienced or developed enough to handle the right to carry or possession of a pistol. Well then why is someone who is inadequate to defend themselves aloud to vote for leaders in federal offices? Answer: because they fight our wars. So individuals that are considered too underdeveloped to be trusted with the entirety of the right to bear arms are still aloud to vote, drive and fight in the largest military on the planet. I’ll get into voting rights in a minute, but if we’re claiming someone is mature enough to elect the leader of the free world then I would hope they’re also mature enough to sit in a bar without being escorted out as a “minor.” I, as a 19 year old, am not aloud to even stand and wait for my parents in a casino, yet I was aloud to vote for those who will represent our state and country.

Oddly enough there’s more than these popular laws. For some reasons even people who are not 18 years old are able to be charged as an adult in court. Weird how a teenager can be charged as an adult, yet isn’t ensured to the full protection of the Bill of Rights. So at what point do these numerical values have value and at what point can they be ignored entirely? It seems very strict when it comes to voting age and drinking age, yet when it comes to court sometimes you’re an adult and sometimes you’re a child… and in the age where people can identify as male or female, why would a 25 year old college student who acts like a child be tried as adults? And why can it be illegal for a 16 and an 18 year old to date, yet our president can be married to someone who’s 20 years younger than him? In fact an 18 year old can work in the porn industry, but sure let’s all worry about older teenagers dating slightly younger teenagers.

So here comes the big question, should the 26th Amendment be repealed, or should 18 year olds be aloud to purchase alcohol and own pistols? Well I believe that is up to the American people. If our generation is mature enough to go to war and vote for the president, then I think it’s reasonable to ask for equal treatment under law. Especially when 14 year olds are being charged as adults in court. 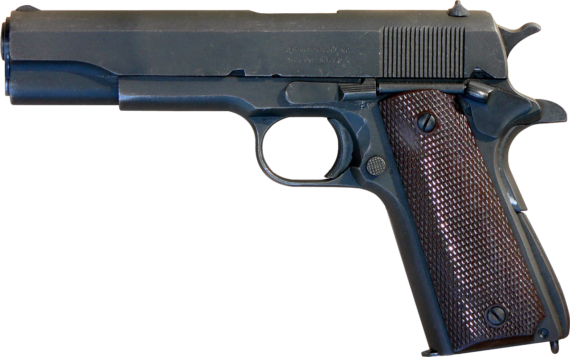 According to the original author of the 2nd Amendment the militia comprises of the “whole people.” And according to U.S. Code any male at least 17 years of age is part of the Unorganized Militia. So tell me, what gives states the right to deny the militia basic arms? This also brings us back to the reason behind the 26th Amendment. Many would say if 18 year olds are responsible enough to fight our wars, then all 18 year olds are responsible enough to vote. Well many years ago voting was viewed differently. Someone can be a perfect soldier and not know the first thing about politics. Yes, it seems weird to deny someone the ability to vote if they are putting their life on the line for their country, but voting wasn’t always seen as a public-opinion poll. Since we are a republic (according to Article 4 Section 4 Clause 1 of the U.S. Constitution) mob opinion was not the point of voting. Now-a-days we call ourselves a democracy, but the founders did not trust democracy when reviewing history. When a simple majority dictates a country they can not only persecute people by demographics, but the minority can be as large as 49% of the country. Voting was not about “every vote counts” and mass opinion, instead it was about gaining proper representatives for every community. We’ve become so divided this sounds insane to us, but once-upon-a-time neighbors weren’t punching each other in the face over differing viewpoints. Democrats are right, every vote does count, and I do think soldiers are mature enough to vote. However when every vote counts do you want people who know nothing about voting to then be electing the highest positions in government? I don’t think the majority of 18 year olds share the same passion for liberty as our soldiers, however I also know 14 year olds who seem to know more about politics than a lot of 44 year olds.

The reason I’m putting this in writing as a teenager is because I know I would be viewed as a tyrant if I brought up the possibility of repealing the 26th Amendment at an older age. I voted, and I understand the importance of it. However I also know many people my age and I don’t think many of them voted for the right reasons (on both sides of party affiliation). Either raise your kids to properly understand the importance of voting, or maybe we should repeal the 26th Amendment and simply ensure voting to any “minors” in the military. That or stop the hypocrisy and also lower the drinking age and concealed carry age. Seems to make logical sense to me. If there would be mass hysteria if 18 year olds were drinking, then why the heck are you telling them “you NEED to vote it’s your RIGHT.” Someone unable to decide whether drinking is bad or not for themselves should not be deciding who is best to lead our country. Currently I have no idea whether to raise the voting limit or decrease other age limits, what I can say is I’ve always opposed hypocritical standards in government. No matter how old I am I’ll always take every age group seriously, and point out any hypocrisy in age limits.