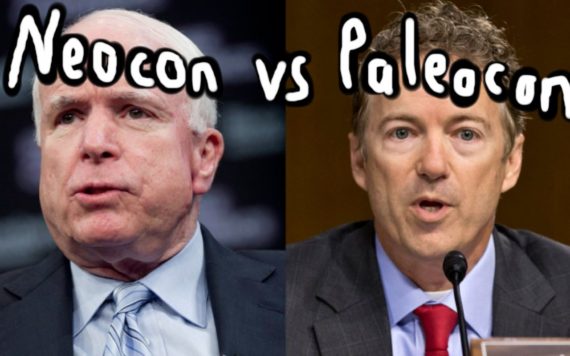 Neoconservatives (sometimes referred to as neocons) are the Reagan Democrats who instead of adopting the complete conservative philosophy decided to destroy it. Conservative usually means two things, traditional and limited. You either can be a liberal who spends a lot and is lenient on many things, or a conservative with unchanging values. Neoconservatives tend to not be conservative, but instead create a new interpretation of what “traditional” means. People like George W. Bush and John McCain have become symbols of neoconservatism because of how liberal they are in the name of security. George W. Bush passed the Patriot Act (which is anything but patriotic) and practically militarized our airports in the wake of 9/11. John McCain supports spending as much money as possible whenever there’s a chance to go to war with anybody. This extreme approach to dealing with our enemies may work, but not when we do it so often to fight never ending wars (without actually declaring war). I agree we need a big military and not be pushed around, but you can’t claim to be conservative and cut taxes when we’re endlessly spending billions on the military. Eventually someone’s going to call us on all our debt. Traditionally America had a foreign policy of “friend to all and ally to none”. One of the reasons we claimed the king was tyrannical in the Declaration of Independence was because he forced us into unions foreign to our constitution. Sound familiar? Maybe the United Nations perhaps? They do not see the right to bear arms as a right, but they do see the right to social security, rest, protection against unemployment, and education as rights. This is because the UN does not believe rights are endowed by our Creator like our Declaration of Independence says, but they instead believe rights are simply what they think people deserve. Why is this dangerous? Well to start the UN can and has been used to overstep our constitution in the name of peace, but it also keeps us from our true independence. We no longer are our own country, we’re connected to a global network of governments that has tried multiple times to push for global banks and militarization. These Surviver-like ways of picking ally’s has to stop, we need to become independent once again and stop sending money to nations while we’re nearly 20 trillion dollars in debt.

Other than foreign policy neoconservatives scare me the most when it comes to our civil liberties. A traditional conservative believes that we should just leave each other alone. Conservatives want limited taxes, limited government and people not to bother each other. This is very comparable to the libertarian view of things, however there is a few major differences. Libertarians have risen seemingly in the wake of big-government politicians in both parties. With libertarians you can expect America to keep to its own issues and the government to keep out of the people’s lives. However like James Madison said, “If men were angels, no government would be necessary. If angels were to govern men, neither external nor internal controls on government would be necessary.” Libertarians believe man was born with the will to do good, while conservatives believe man is fallen and born sinful. Therefore conservatives wish to have a limited government that still protects life, while libertarians tend to lean more agnostic with their view of rights. Neoconservatives are very different than both these. 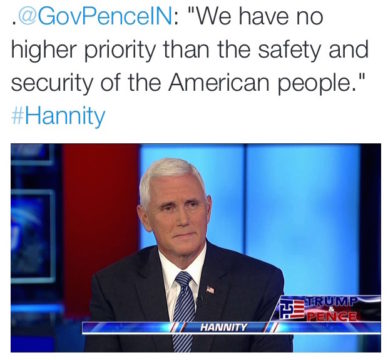 Neoconservatives say they’re for limited government, however put safety above all other reasoning. Unlike libertarian’s who believe the president’s job is to protect our rights, neoconservatives believe the president’s job is to keep us safe at all costs. They say they are “pro 2nd Amendment” but supported watchlist gun-bans and a ban on “Saturday Night Specials” (inexpensive pistols). These same people also say we need to expand torture to get information out of terrorists and expand government spying. They promote expanding federal agencies to monitor American people, and never deny the use of drones on US civilians. There is no point to any of our rights when we give the government the authority to overthrow them for “security purposes”. Yes safety is important, but was this country not founded on the principles of freedom over security? We do not give up our firearms for this purpose, and we do not register our firearms because of the distrust we have with the government. Registration, if not torn down, always leads to confiscation. The problem is when you allow government spying you might as well register your firearms, because the government can find out if you have them anyways.

In the wake of terrorist attacks liberals come after our firearms. I’ve called this level of agenda pushing some of the most dishonorable acts politicians make. Sadly it’s no longer liberals pushing their agenda after terrorist attacks. Neoconservatives now push for government spying and their own views on how to secure the boarder after terrorist attacks. These arguments should at least wait a day after the attack, and the day of the attack actually be spent comprehending what happened. Our country has made horrible decisions in the past while ramming through “answers” based on the emotions of a tragedy. Giving the government the authority to spy on places of worship based on religion, and not evidence, is definitely giving the government too much authority over the free exorcise of religion. Even if you still believe in these policies it is wrong to push them within an hour of a terrorist attack. This is why the Republican Party hasn’t won hands down since Ronald Reagan. People are getting more and more tired of neoconservatives, and traditional conservatives aren’t voting because they stick by their principles instead of voting for who the party supports. I believe the Republican Party really needs to do some soul searching if it wants to be the limited government, low taxes, traditional party. Because nominating authoritarian, nation building, millionaires hasn’t been working. 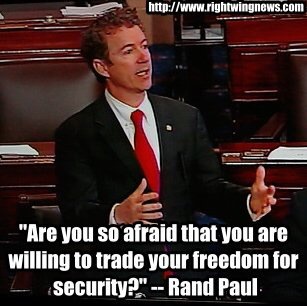