Here’s something I’m thinking about sending to anyone I see attacking the NRA. Many people call the NRA “racist” and “one sided”, but the truth is they’re the least discriminatory association out there. They don’t care as a whole whether you’re black, gay, religious, atheist or even transgender. Their soul purpose is to uphold gun rights for all Americans and that’s all they’re suppose to do. So obviously they’re going to seem one sided, their purpose is to always uphold the right to bear arms. Now if you don’t believe in all the policies they support that’s fine, but 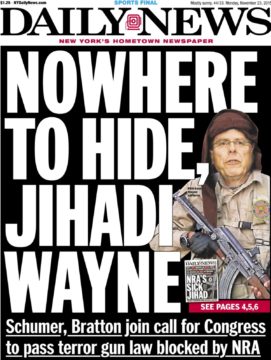 you can’t call them “one sides” as if it’s a bad thing. The NRA has no reason to exist if they don’t have a standard they’re willing to keep. Obviously you can get dirt on people who support the NRA and pick it apart and try to use it to demonize every member of the NRA, but that’s kind of an insane ideology to follow. Saying one guy is a racist who works in the NRA shouldn’t be used to call every one of the 5 million NRA members racists. There are nearly double the amount of NRA members in America than Muslims, so if you ain’t gonna say all Muslims are terrorists don’t compare the NRA to terrorists either (I’m looking at you Daily News).

Recently people have thrown some crazy accusations at the NRA that I never expected. We’ve been blamed for every mass shooting in the past several years by the media, yet no one seems to advertise our answer. America has tried an assault weapons ban, we still had the Columbine shooting. Chicago has tried harsh gun control and their streets are still filled with kids running around shooting eachother over 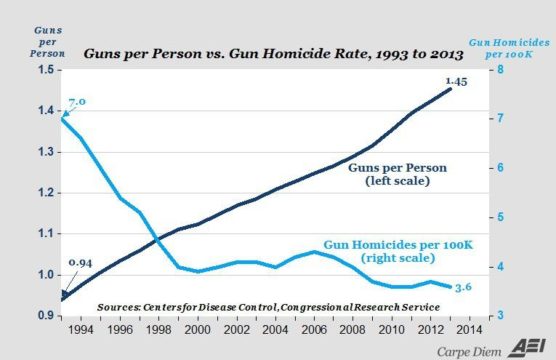 drugs. How about this, we try the proven method. When good people carry firearms, crime rates drop. That’s why “gun violence” has actually dropped since 1993 and the amount of murders committed with firearms since then has been nearly cut in half. During that time the Assault Weapons Ban expired, the Militia Movement took place, and over 10 million people got their concealed carry permit. I’d say that it’s the good people with firearms who are deterring the criminals, not the police state and federal regulations. Did you know 9 out of 10 mass shootings happen in a gun free zone? Do you wonder why the NRA still hasn’t changed their minds? It’s because we have yet to try the proven method of allowing the American people to defend themselves. Stop using the government to disarm us in night clubs, college campuses, and military recruitment facilities and maybe we’d stand a chance. Attacking the NRA, which is practically a symbol of the gun community, is not going to give you any respect towards the majority of gun owners. And if you don’t trust the statistics that’s fine, just stop trying to use statistics yourselves. Constantly saying, “30,000 people are killed by gun violence” isn’t going to fix anything when 60% of those deaths are suicides. Maybe if you started promoting real hope instead of big-government and free stuff you’d get those suicide rates to drop. The amount of people killing themselves in this country is the real epidemic, not our firearms. 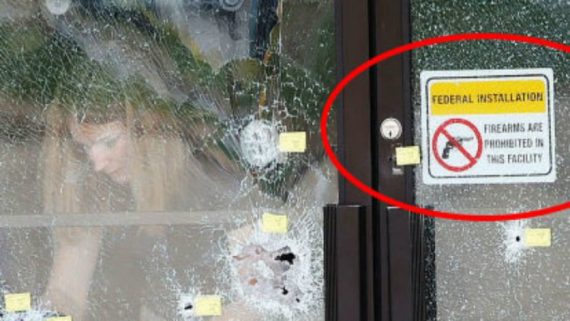 As for the firearm enthusiasts still sitting through this I have a little bit more to add. We all know the NRA is huge, but that also means they are a bit more lenient in order to welcome the entire gun community. They’re like any of the major political parties. The Republican Party mostly represents who I am even though other Republican politicians can piss me off (such as letting the House vote on more gun control). However the party still can do a better job at representing what I want to the masses since they are much larger and generic enough for me to fit in. I’d like to join the Constitution Party, but since they are smaller and more detailed about what they stand for I don’t match all what their party wants. Back to the NRA. With the NRA they teach gun safety, help fund projects to teach kids about gun safety, and are generally acknowledged in most firearms-related businesses. On that side of things they’re good because they are big, and I’ll continue to defend them from all the insane insults liberal media throws at them. But since I want to stand 100% behind the idea that the government shouldn’t be able to regulate my rights, I side more with the GOA. GOA stand for Gun Owners of American, and they are simply put the lobby to go to if you don’t want a single compromise over your gun rights. I’d like to continue to see unity in the firearms community, but the GOA is definitely more trustworthy when it comes to handling things like background checks and watchlists. Background checks are a touchy subject but I don’t believe they actually prevent much crime (considering many states don’t submit the majority of their felony convictions to the background check system and 93% of criminals obtain their firearms illegally anyways). At the moment I can’t say I oppose background checks completely like the GOA, but I can say the GOA will never compromise a thing and that’s kinda what a pro-gun lobby is suppose to do. Just don’t let the few differences between the NRA and GOA make us enemies, we need to stand together to uphold our liberty.