I live less than 2 hours away from Orlando so don’t try to say I’m not sympathetic, it’s my home too. The recent shooting in Orlando is a horrible tragedy, but as I write the Democrats are using this tragedy to try and ram through an agenda that won’t help anyone; so I decided to write these facts just so you better understand terms liberals might be throwing around.

“AR15” The rifle used in the shooting was actually a Sig MCX not an AR15. This wouldn’t matter all that much considering the only one to blame for a mass shooting is the shooter, however liberal media didn’t see it that way. Once the first report came out that the rifle used in the shooting was a “AR15 style weapon” the media was quick to attack the gun, not the one holding it. In the United States the AR15 is one of the most popular rifles, therefore anti-gunners will do anything to discredit it. Some even went to the lengths of attacking the NRA for calling the AR15 “America’s rifle”. Problem is after ignoring Islamic Terrorism in order to report the “mass violence” committed by an object, the media failed to report the firearm used was NOT an AR15. Worse enough, instead of apologizing to the NRA and the gun owners they slandered, the few that did report the correct firearm went on the defensive saying “what’s the difference”. Well the difference is that you attacked one of America’s most popular firearms, politicized the deaths of my fellow Floridians,  and slandered the NRA even though this tragedy was caused by the influence of Islamic Terrorists, not a gun, and most definitely not an AR15!

“Expanding Background Checks” The shooter previous to the shooting had never been found guilty of any major illegal action, protecting him from any possible background check expansions that doesn’t overstep the 4th and 5th Amendments.

“It’s legal to have a military-style weapon” The nightclub was a “gun free zone” yet the shooter still brought guns into the bar. He was not legally aloud to have that firearm once he enter the club. (Which leads me to speculate he’d probably still be willing to break the law to illegally obtain a banned firearm).

“Love Wins” Since the shooting took place in a gay nightclub rainbow flags were posted across the world to honor the victims, “#LoveWins” trended on social media, and people of all beliefs started offering sympathy to those affected in the shooting as soon as it hit news. Sadly true love never does seem to win in our liberalized society when only 2 days after the shooting twitter starts to have a trending topic called “#LGBTQHatesTrumpParty”. This was the supposed “LGBTQ” community mostly responding with hate towards Trump and the opposite political party that had just recently offered their sympathies. Just keep this kind of respect in mind when people say, “love wins.”

PS I know liberals will never learn what “bigot” actually means, but if someone truly hated you for your opinion then they wouldn’t be offering you thoughts and prayers. DUH. 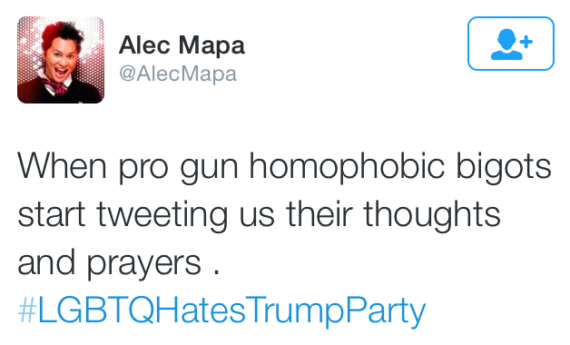 However once the hashtag started growing more people started tweeting in opposition to it. 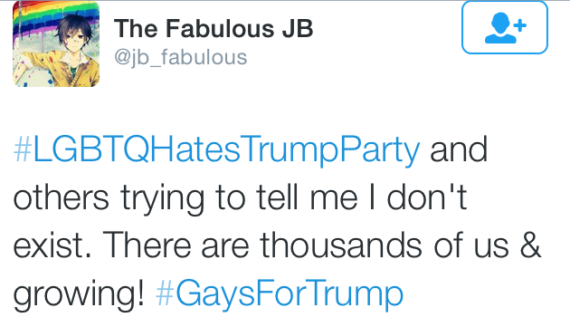 This shooting was a tragedy but literally nothing purposed by liberals so far would make people more safe. So far all the Democrat’s agenda has promoted is hate and the denial of the human right to defense.