Over the past year I’ve heard from many millennials, celebrities and even “news” media that Donald Trump is either a Nazi or comparable to Adolf Hitler. While I can understand some comparisons some people might be able to drawl if all they listen to is BuzzFeed, The Young Turks and CNN, I’d like to go into further and logical detail on comparisons between President Trump and the Nazi Dictator. And just a warning now, I won’t be very politically correct in this article considering the accusation I’m covering is pretty offensive in the first place. Tomorrow we will see protests by people who claim they’re united, while attempting to divide the nation by race and gender. “My president is black” and “million women march” isn’t exactly all-inclusive and tries to forcibly represent people by their race and gender. I’m obviously not a huge fan of Trump if you look through any post I’ve done on the 2016 election, but I do find it quite entertaining watching the centralized media and reverse racists in LA blow a gasket after the 8 years of hell they dragged half the country through. While the media might make it seem like socialism and the secular agenda is universally accepted across this nation; Donald Trump would have not only won the election, but also the popular vote if not for California. Trump won over quadruple the amount of counties than Hillary Clinton did and it was a majority that the media will continue to ignore. Funny how when the media starts to act in it’s own little Hollywood bubble that the other cultures in America start electing whoever the media hates. One last election fact before we get to Hitler, George Soros who funds most the socialist protests, he’s 6x richer than Donald Trump.

Drawing some similarities to Adolf Hitler, after World War 1 Germany was blamed for much of the war. They were required to pay 33 billion dollars (445 billion dollars in modern day money) and deweaponize much of its government. In a sense, all patriotism, economy and strength was taken away from Germans because of WW1. Maybe you can see why a loud German promising to bring power back to the country might have seemed quite interesting to a humiliated Germany. In a way, this is how Donald Trump gain relevance. Barack Obama had stabbed Israel and Jews in the back, lied to us about the Affordable Care Act, forced Catholics to pay for other people’s abortions, used federal judges to dictate over Alabama, Texas, Arizona and Nevada. Speaking of Arizona and Nevada, he’s also been pushing those farmers and ranchers around by confiscating land they’ve used for decades. So ya, you could say the typical American has felt pushed around like Germany after WW1. Then you have Hillary Clinton walk in as the super-delegate chosen successor to the thrown, and people burning the American flag right outside her convention. When in a span of 8 years you saw a man who promised “hope and change” bring in the highest unemployment rate among young Americans, divide us by race, sex, religion and culture, and watch major cities burn themselves down during his administration and then blamed it on racism, you can imagine how the typical American he constantly dismissed as racist felt. We were walked on for 8 years, and by the same president who will do anything to defend the name of Islam, told Americans to stop clinging to their guns and religion. So when you get a wacko trying to succeed Obama, who’s husband was impeached by the House and who’s time as Secretary of State got Americans killed, it begs the question, why would anyone vote Democrat at all? Even this hippie-dippy party has now gone through the first two-term presidency that has been at war 24/7 (as admitted by Obama himself).

There’s where the similarities stop however. Sure Adolf Hitler rose to power to make Germany great again and Donald Trump rose to power to make America great again, but that does not mean they both believe the same things are “great”. People try to say Trump wants things like they were in the 50s, and automatically assumes he’s referring to civil rights. Although that’s a crazy accusation to bring against a man who’s never hinted at being racist against black people (and trust me at this point there would have been a leaked video about it if it were true), you could still say he is not as bad as Hitler because we still fought his dictatorship just a few years before the 50s. See this is the problem when you’re comparing people to Hitler, there’s no way Trump could lead a country that far off track. When you call people Nazis, deplorable, racist, sexist, xenophobic, homophobic, Islamophobic for not voting for your candidate it tends to offend people. Just because someone believes welfare keeps people in the ghetto or Planned Parenthood’s founder wanted to lead a genocide against black people does not make someone a racist or sexist. You can disagree and think what they’re saying is ridiculous or not, but either way their intentions are still to help people get out of the ghetto or y’know… not be aborted. The Nazis on the other had lined Jews up to be slaughtered, which is pretty much only something you see from ISIS, old communist videos or Planned Parenthood’s baby-part black market (oops had to go there). While I completely oppose what we did to Japanese Americans during WWII (cough cough, which was under a democrat), I still don’t see where you can justify calling Trump the next Adolf Hitler.

When Barack Obama got elected I have to admit I thought the same things, and was probably just as upset as many liberals (although not expressing it in the same fashion), so here’s the argument for today. Barack Obama is more like Hitler than Donald Trump. “GASP,” some may say, but I was obviously wrong right? I mean we survived Obama’s presidency… most of us did anyways. So he obviously wasn’t as bad as Adolf Hitler, but that’s not the argument I’m making. He is more close to Hitler than Trump and here’s why. Adolf Hitler was a Nazi, which what most “social justice warriors” don’t realize stands for “National Socialist”. A nationalist is what I’d refer to as a government patriot. Someone who believes every aspect of their country, including it’s government, is incapable of doing wrong, and is completely blind to anything their government is doing (like much of the silent generation). This is bad because you must always watch the government to keep it limited and from infringing on people’s rights. Socialism on the other hand is distributing wealth by heavily taxing people, growing the government so it will pay for “free” things. This, in a sense, is letting the government control the people’s wealth, and is extremely authoritative. Socialists say they don’t trust the rich with this money, but instead rather entrust their government with running the entire economy. Guess what this means? You want to make a business, well every time you try to expand you’ll be considered richer and taxed two steps backwards (or quite possibly not even aloud to create a business, because then you’d be competition for government run businesses). You want to donate 10% to your church or charity? Well first pay 40% of your income to your government. You want to find a job? Well sorry but there are no entry level jobs since all the adults are filling them up with 15$ minimum wages, how about you go to college? Oh there’s still no jobs available after you spent 8 years and 400,000$ of taxpayers’ money on getting your degree? Well here, stay with all the other people who are stuck on government programs and live in this little government funded shack that we give you. Oh I’m sorry but the government needs more money because none of the corporations it’s running can pay 15$ minimum wages after funding your lifestyle, it looks like you’re going to be forced into labor at some horribly run government facility. What, you want options? Well I’m sorry we’ve given you everything, we own you now. For your own security you’re now blocked from YouTube and radical ideas of freedom. And guess what… now we’re a copy of the free land of China, Cuba and North Korea.

Socialism is only profitable for one generation and steadily declines in profit and productivity as the old economic freedoms die off and new generations are raised off government funding. After all, a government that can give you everything can take it away. A government that can control the economy can control everything you see, buy and do. I’ll leave a few links of a much better communicator than myself explaining socialism at the end of this article. However, now that you know what makes a Nazi a Nazi, do you see how Donald Trump can’t possibly be one? His main concern is jobs, and he wants to do that by lowering taxes universally. Every totalitarian government takes control of the economy and uses that to control everything, and if Trump had the intentions of Hitler, he’d be doing just that. Adolf Hitler was a madman who thought he could play God, although Donald Trump is no way holy, he expresses a better belief in a independent God than Adolf Hitler did and isn’t sending submarines around to secretly look for religious artifacts. If you think it’s all a lie, then why didn’t we see that skepticism with Barack Obama? Y’know the man celebrities literally (LITERALLY) pledged allegiance to. The man given complete media submission. The man who wanted to control the wealth and promised “free” things for people who would voted for him. Where was your skepticism of his acts of authority? How he renewed the PATRIOT Act as long as he could until Rand Paul blocked him. You talk about privacy and choice, but after a presidency that tried to ban our ammo, regulate our light bulbs, tax our soda, use the Supreme Court to bypass the citizens’ representatives, continue war without the consent of Congress and goes behind our back with United Nation deals, where’s that nationalistic patriotism you had a few months ago? Barack Obama expected nationalistic loyalty as he spread wealth around and anyone who doubted him was labeled a racist. Now the American people were given the choice between more of that, or a loud-mouth that the media kept telling us not to vote for. You have to think to yourselves how horrible the other option had to be where the loud mouth rich guy won 30 of the 50 states (well unless you still believe Obama had been to “all 57 states”). The more the media said no, the more Americans voted yes. 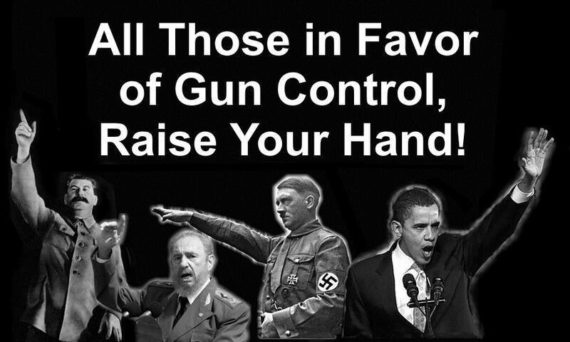