Sadly I’m going to say that this presidency is going to be much like George W. Bush’s presidency. Many Constitutionalists and Conservatives had been fed up with how neoconservatives had been ignoring the vast majority of constitutional and social issues in this country. This is what I believe the Tea Party movement was all about. It was an attempt at another great awakening and a revival of constitutional law. Why I opposed Donald Trump for so long was because he wasn’t what everyone said he was. He’s already being manipulated by the people around him and that was obvious if you look at his political track record. I do believe he’ll be vaguely conservative, but will primarily focus on foreign policy and basic economics, just like George Bush. The problem is this was not what the Tea Party movement was about, and it will only allow the next president (much like Barack Obama) to do whatever they want. If Donald Trump doesn’t limit his own powers, the next person in his position will be just as powerful and could point the gun directly at us. However, even-though nearly every original issue brought up by the Tea Party movement has been ignored, at least Trump has been trying to address the “Islamic State” (ISIS and ISIL) that grew up under the Obama Administration. So while I would love to be writing about social conservatism and problems at home, once again I’m stuck defending Donald Trump. Yes, he annoys me to no end sometimes, but the guy ain’t Hitler and Hollywood has been producing a 24/7 presidential smear campaign since his election.

Earlier this week Donald Trump bombed Afghanistan with the largest non-nuclear bomb we have in our arsenal. Unlike the bombing on Syria this was actually called for since he targeted ISIS, who are indeed waging war against us (and pretty much the entire world for that matter). Being a fiscal conservative I have to wonder about the reasoning of dropping one of our biggest bombs on this location, opposed to our hundreds of other options. My only assumption on using a MOAB is that this was to send a message to everybody else. It would be nice if Congress would declare war on ISIS or something, but I highly doubt it since they haven’t declared war in most our lifetimes. While these all seem like the logical debates that could be had over the bombing, instead we get some amazing Hollywood insight. Director Josh Fox went against the bombing by tweeting, “Atrocity. Murder. Abomination. When will we learn that only love stops hate, and bombings only create more ISIS.” This once again proves that love literally has no meaning in modern day, but we’re also expected to give in to our enemies. If we do nothing people get upset, if we spend our money to rebuild other countries people get upset, if we spend money to bomb other countries people get upset. Is it really love if you’re too terrified to actually act upon it? Well this tweet was followed by another tweet saying, “Love your enemy. Don’t create more of them. Teachers, diplomacy, culture and aid helps peace. Bombs don’t.” And once again this is why liberal states stay violent and suck up federal funding. They think if you give people more things they’ll just decide to be good-guys. 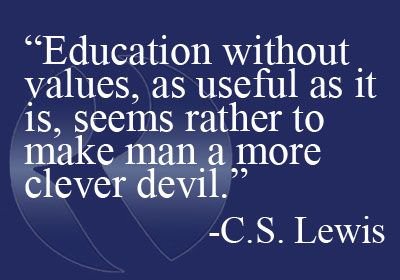 I posted this C.S. Lewis quote last night which I find very fitting, “education without values, as useful as it is, seems rather to make man a more clever devil.” You can teach a terrorist to run a Chick-fil-A but it still wont take the belief out of his heart that we’re all devils. Why are terrorists able to radicalize western Muslims if terrorism only exists because of eastern poverty? The only way aid to other countries would stop ISIS is if it grew their military and police, which would fight ISIS for us. Either way ISIS has to be fought to some degree by somebody. Growing and negotiating with other countries’ military can obviously backfire, but so can placing our soldiers in another country. Those are the choices we are facing, not whether or not ISIS can be defeated with nonviolence.

What I’d like to add to the argument is my perspective of loving your enemies. As Christians we are called to love our enemies are we not? This is the kind of doubt that Josh Fox wants to initiate in his statements. However his love doesn’t exactly go either way. Giving people things isn’t love, it’s only a consequence of love. Love is much more than all the physical things. And sometimes love isn’t happy, such as punishing a child because you love them and don’t want them to grow up to be a spoiled brat. In cases of war sometimes you are forced to fight an enemy, not because you hate them but because they’re trying to destroy the other 99% of humanity you love. Another option is to sacrifice everything in trying to preach to them. But obviously Fox isn’t risking his life as a soldier or a missionary, he simply wants an excuse to sound righteous and do nothing. You cannot defeat standing armies by staying in California and sending little heart emojis over Twitter. At least Donald Trump loves his people enough to defend them, opposed to spending tax dollars on schools for ISIS; which they will  bomb as western influence anyways.

Unlike any of our past enemies the Islamic State isn’t a nation and isn’t exactly negotiable. Other terrorist organizations that try to infiltrate governments or acquire territory are doing it just for that. They want land that is not legally there’s to dictate and they try to terrorize anyone who prevents them from ruling that land (and the people’s religious beliefs). The Islamic State are much worse than that. They believe the entire world belongs to them, and will not negotiate with anyone who does not live under their law, even other Islamic Terrorist organizations. Even Adolf Hitler was willing to make allies (at least temporarily). It’s like dealing with a dictator who hates the entire world only is spread across thousands of people who do not have a nation or a capital. You cannot negotiate with one ISIS leader and expect the whole Islamic State to follow, and you cannot stop them from raising kids in the same hateful ideology no matter how many good schools you put around them. Sooner or later the majority of the Islamic State has to be defeated by those who do not want to see their loved ones killed or more children brainwashed, whether that is our government or governments in the Middle East. 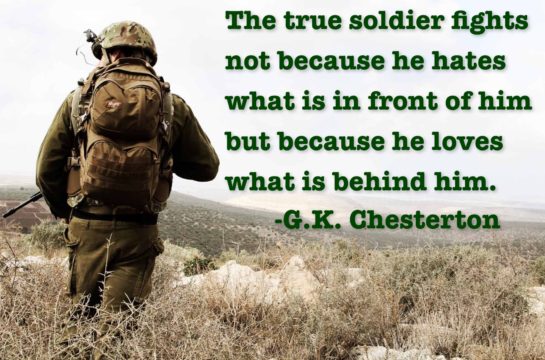 “..there’s only one guaranteed way you can have peace and you can have it in the next second, surrender… but every lesson of history tells us that the greater risk lies in appeasement… You and I know and do not believe that life is so dear and peace so sweet as to be purchased at the price of chains and slavery. If nothing in life is worth dying for, when did this begin? Just in the face of this enemy? Or should Moses have told the children of Israel to live in slavery under the pharaohs? Should Christ have refused the cross? Should the patriots at Concord Bridge have thrown down their guns and refused to fire the shot heard ’round the world? The martyrs of history were not fools, and our honored dead who gave their lives to stop the advance of the Nazis didn’t die in vain. Where, then, is the road to peace? Well it’s a simple answer after all.” -Ronald Reagan